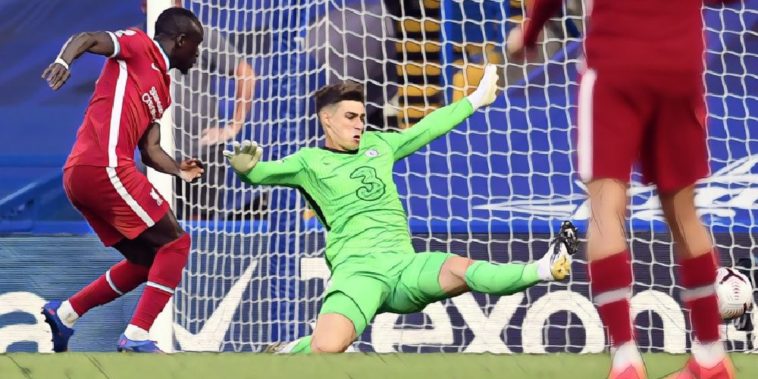 Gianfranco Zola admits he has been ‘very surprised’ by the extent of Kepa Arrizabalaga’s struggles at Chelsea, following the goalkeeper’s latest mistake in the weekend draw with Southampton.

Kepa became the most expensive goalkeeper in football history when moving to Stamford Bridge from Athletic Bilbao two years ago, but has struggled badly for form in recent months and has found himself down the pecking order under Frank Lampard.

The Spaniard came under fierce criticism last season after posting the worst save-percentage in Premier League history amongst goalkeepers to have played 10+ fixtures, his fortunes only worsening in the opening weeks of the new campaign with three errors directly leading to goals in just three appearances.

Chelsea moved to bolster their goalkeeping position with the signing of Edouard Mendy from Rennes and the Senegal international has now emerged as the west London side’s number one, and former Blues favourite Zola has admitted he has been surprised by Kepa’s continued poor form.

“I’m very surprised,” Zola told talkSPORT. “I know he is very young and he came to Chelsea for big money and that is a big burden to carry on your shoulders, and in a way this is probably affecting him.

“I could understand a little bit of difficulty, but this is going beyond what was expected and it surprised me. And I am sorry for the boy because he is a good boy and a good goalkeeper.

“He has to pick himself up and do what he can do and show people he is different, because I believe he has got potential.”