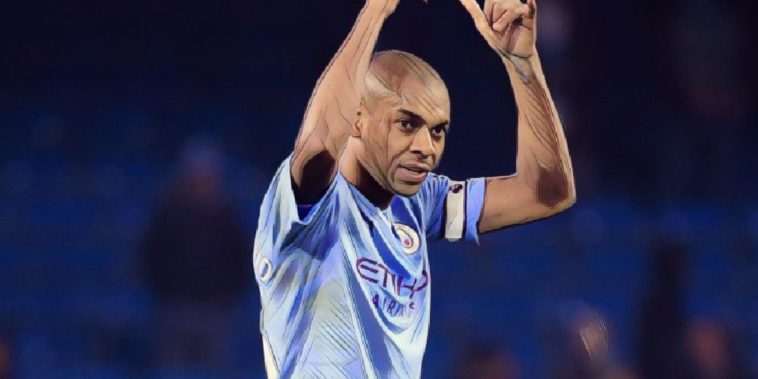 Fernandinho has discussed his change to a central defensive role at Manchester City this season, and what sets Pep Guardiola apart from other coaches in world football.

The midfielder has impressed in an unfamiliar centre-back role for the Premier League champions during the current campaign, with the Brazilian international continuing to be a key part of Guardiola’s squad at the Etihad.

The 34-year-old has now discussed his transition after being utilised as a makeshift defender for much of the season, opening up on the different challenges as opposed to those encountered in his more familiar midfield role.

“I think the biggest challenge of moving to centre-back for me was that, as a midfielder, you are used to running a lot in front,” Fernandinho told Sky Sports. “You go to the battle in the middle and you can lose the ball or you can win the ball.

“But at centre-back, you have a lot of space behind us, between the central defenders and the goalkeeper, and you have to pay attention to that because most of the teams who come to play against us look to play those kind of balls behind the back four. For me, at the beginning, it was a little bit strange adapting to that, but afterwards I was able to do it.”

Fernandinho also gave an insight into the workings of Guardiola, the Man City boss regarded as one of the greatest managers of all-time after enjoying unprecedented success over the past decade at clubs such as Barcelona and Bayern Munich prior to his move to English football.

Guardiola has guided City to back-to-back league titles in the past two seasons, and Fernandinho says the Spaniard’s attention to detail is what sets him apart from his coaching counterparts.

“I always say that the difference between him and the other coaches I’ve had during my time in football is that he looks at the smallest details,” he added.

“He gives you the information you need about the opponent and of course about yourself, and he spends a lot of time looking at where to find spaces and where to close spaces to create difficulties for the opponent.

“That’s important because the game we see, as players and coaches, is a bit different from the public who go to the stadium or watch the games on TV. Those details help you to improve, to perform better and to help the team.

“I now have to talk to the guys in front of me, to tell them to keep going. That’s another of the ways he has helped me during this time. But also, the principle of the game is still the same. We like to play with the ball, and when we don’t have the ball, we try to recover it as soon as possible.”