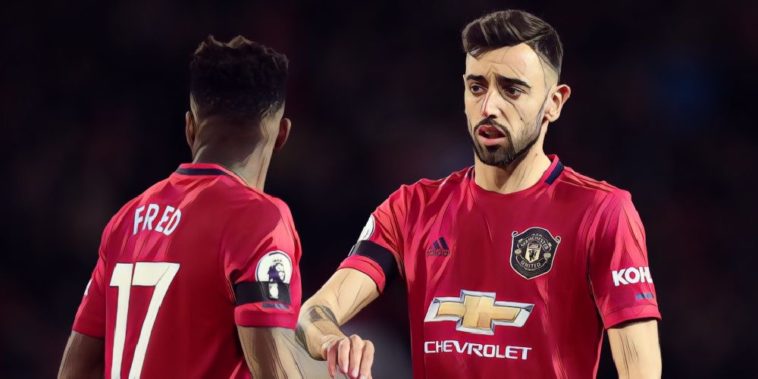 Michael Carrick has discussed Manchester United’s ‘perfect blend’ in midfield and believes the club are blessed with a variety of options in the centre of the pitch.

Ole Gunnar Solskjaer’s side are set to welcome back Paul Pogba from injury in the coming weeks, whilst Scott McTominay has also recently returned to full fitness after missing two months of the campaign with a knee problem.

Football remains indefinitely suspended at amid the coronavirus crisis, though the return of the influential duo is a welcome boost ahead of a potential restart for the Premier League, joining a list of midfielders that also includes impressive mid-season signing Bruno Fernandes.

Nemanja Matic and Fred have also excelled in recent months as a midfield partnership, and Man Utd coach Carrick believes the Red Devils are blessed with a ‘perfect blend and balance’ at present.

“It’s something that we haven’t had [a full quota of midfielders] for an awful long time this season,” Carrick the UTD podcast. “We’ve had injuries and you want the competition.

“The beauty of it is the variety and the different options the boys give you.

“They’ve all got their strengths, but they can play together, there are combinations in there that can play in twos and threes together, but they all bring something different, which is the perfect blend and balance. I’m looking forward to seeing it.”

Following Pogba’s early-season injury, Fred and Scott McTominay formed a decent looking partnership, before Nemanja Matic impressively stepped in during the Scotsman’s prolonged absence, with Carrick saying that United’s stand-in midfielders have left the staff with ‘a lovely variety’ to work with as the squad nears full fitness.

“I think sometimes we’ve been forced where the lads who’ve been fit have played and done well, Carrick added.

“When Nemanja and Fred have played they’ve done ever so well, they’ve done terrific as a two and complimented each other and blended really well.

“It’s about getting the right mix. Certain games suit certain things, which is something for us as staff and Ole to decide what fits a certain game.

“I do think all of sudden now with everyone fit and Bruno coming into the squad we’ve got a lovely variety to choose from.”