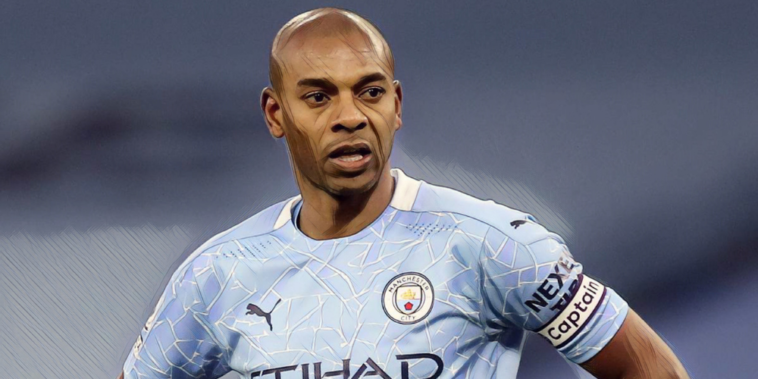 Fernandinho has opened up on his decision to sign a new contract at Manchester City and believes he has shown his ‘quality’ over the past season.

The veteran midfielder has signed a new one-year contract extension at the Etihad to end speculation over his future, with the club captain extending his stay with the Premier League champions into a ninth campaign.

Fernandinho signed for City from Shakhtar Donestsk back in 2013 and has since won a wealth of major honours, including four Premier League titles and six League Cups during a glittering period of success.

The 36-year-old has now spoken on his decision to sign a new deal and believes he showed last season that he can still compete at the highest level.

“I personally was proud because something that any footballer can do is to show your quality and show your value inside the pitch,” he told the club website.

“That was what I tried to do, every time I went to the pitch to play, I just wanted to show my quality and to show that I deserved to be here.

“I think I got it, I did it and this makes me very proud because after eight seasons, it’s not easy at age 35, 36 to play at high level with the high intensity every three days.

“I did it and was so happy and I’m very proud about it.”

The Brazil international discussed his happiness with living in Manchester and believes the city and country can provide his family with all that they need, revealing his hope that his son can ‘follow his dad’s path’ after taking his first steps into football.

“I think Manchester and the UK in general can give you all those things, education, health care, and the tranquillity to live here the best way possible and for you to do your job as well,” he said.

“That for sure was one of the things we put on the paper.

“It was, how can I say, a good point to decide to be here and to stay here another year.

“And for sure, my family are really happy. My son, he’s starting to play football now. I hope he can follow his dad’s path!”