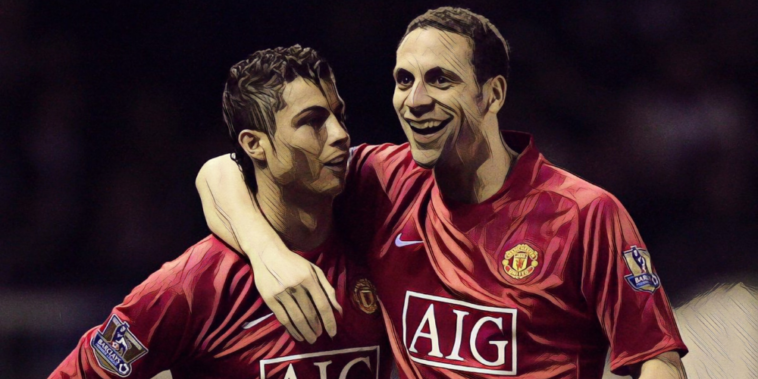 Rio Ferdinand has discussed Cristiano Ronaldo’s evolution from a ‘showman’ to ‘the best player in the world’ at Manchester United.

Ronaldo signed for Manchester United as a teenager and soon impressed with his fleet footwork, though developed his game to become a prolific goalscorer.

The Portugal international scored 118 goals during his first spell with the Red Devils, including a 42-goal campaign in 2007/08 that saw United win a Champions League and Premier League double and Ronaldo win the Ballon d’Or for the first time.

Ronaldo moved to Real Madrid in a world-record £80m deal in 2009 and became the Spanish side’s all-time record goalscorer. After more than a decade he returned to the Premier League last summer, via a spell at Juventus, and Ferdinand has discussed the evolution of the forward across his illustrious career.

“The Ronaldo that people have seen the last four, five or six years is not the Ronaldo who came to United,” Ferdinand told William Hill.

“He was a showman. People would come to the stadium going ‘I have come to see Ronaldo get me off my seat today’. That’s what it was like.

“Now, at the back end of his career, it’s like ‘I’m coming to see a moment in the game, where he decides the game’. Whereas before, he could give you five, six, seven, eight, nine or 10 moments in the game, because he was just pure skill.

“He might score, he might set one up, but it was just about making someone look stupid, he wanted to embarrass people, he was a joke, man, an unbelievable player.