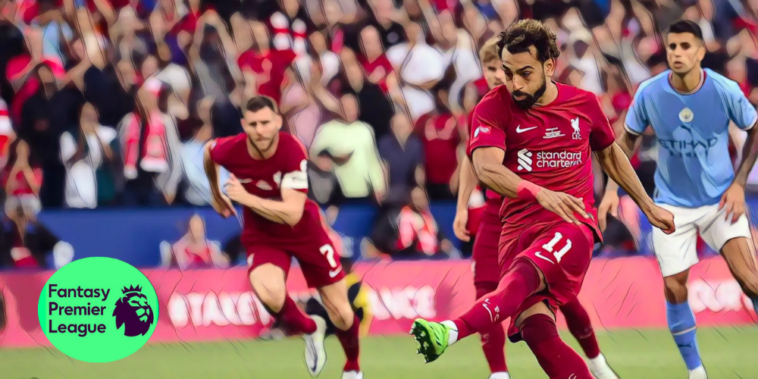 Fantasy Premier League is back for another season with managers finalising their squads for the season’s first fixtures this weekend.

Crystal Palace take on Arsenal in the season’s curtain-raiser on Friday evening, before Saturday’s action begins with Liverpool’s trip to face Fulham at Craven Cottage.

Elsewhere Nottingham Forest return to the top tier for the first time in 23 years, while all eyes will be on Erling Haaland as Manchester City travel to West Ham on Sunday.

Ahead of gameweek one, we look at four of the best Fantasy Premier League captaincy options.

Mohamed Salah will be looking to continue his record-breaking run on the opening weekend, with the Egyptian having become the first Premier League player to score on five consecutive opening weekends last season.

Jurgen Klopp’s side travel to face Fulham on Saturday lunchtime, remarkably the fourth consecutive campaign in which Liverpool have begun against the Championship winners of the previous season. Fulham, despite winning the second tier in comfortable fashion, conceded more goals than fellow promoted sides Bournemouth and Nottingham Forest last season.

Harry Kane has traditionally been a slow starter to the season, but the England captain is a leading candidate for the armband in gameweek one.

Kane has been in electric form in pre-season with five goals during Spurs’ summer campaign, with the 29-year-old settled under Antonio Conte and heading into the campaign after a full pre-season of training at the Italian’s famed intensity.

After a slow start to 2021/22 following a failed move to Manchester City, Kane scored 16 goals and provided eight assists in 28 appearances following Conte’s arrival as manager in November.

Spurs were among the most impressive teams in the division across the second half of the campaign and appear to have strengthened well over the summer.

The north Londoners host a Southampton side who ended last season with a whimper, winning just one of their final 12 fixtures of the campaign. That run saw 30 goals conceded and just one clean sheet.

Kane also boasts a strong record against the Saints, with 11 goals and six assists in 14 league appearances against this weekend’s opposition.

FPL managers have flocked to include Erling Haaland in their squads for gameweek 1, with the Norwegian goal-machine the most exciting import into the Premier League this summer.

Having scored 115 goals in 116 games across spells at Red Bull Salzburg and Borussia Dortmund, Haaland now finds himself tasked with being the chief goalscorer in the Premier League’s dominant side.

Feasting on the service of Kevin De Bruyne and co, Haaland will have his sights set on a prolific campaign for the champions who are in pursuit of a fifth title in just six seasons.

West Ham away is not the most attractive fixture in gameweek one, but if Haaland can maintain the levels that have seen him average almost a goal-per-game since first leaving Norway, he’ll be as fixture-proof as any FPL asset.

Wilson endured an injury-impacted campaign in 2021/22 and made just 16 league starts, though managed eight goals across those appearances to finish as the Magpies’ top scorer.

The 30-year-old averaged a goal every 174 minutes in the Premier League last season and will fancy his chances of beginning the season with a bang as Forest travel to the North East.

Steve Cooper has brought in 12 new players so far this summer and there could be teething issues for a side preparing for a first top-flight fixture in more than two decades.

Newcastle, meanwhile, ended last season in fine form and will be aiming to push for European football this season with a fit and firing Wilson in their ranks.