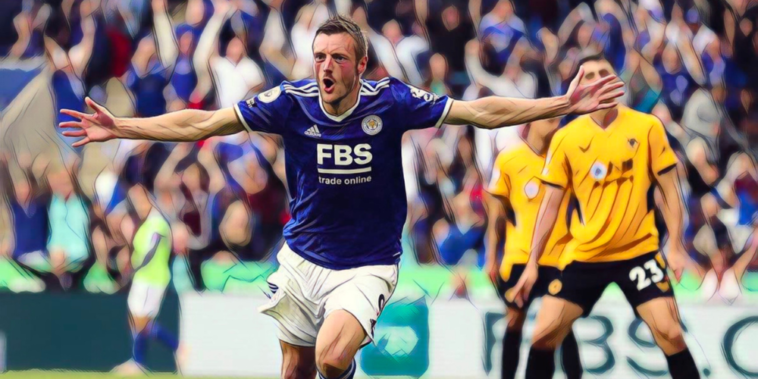 The Premier League returns this weekend with the opening fixtures of the 2022/23 campaign, as England’s top-flight sides look to begin the season with a bang.

After a summer of hard work and preparation, the division’s leading names will hope for a strong start to the season and ahead of the first fixtures we’ve looked at the most prolific opening weekend players of all time.

Here are the Premier League players with the most opening weekend goals in the division’s history.

Sergio Aguero departed the Premier League as the division’s highest-ever overseas goalscorer, with seven of the Argentine’s 184 goals in the division having come on the opening weekend.

Aguero produced one of the most memorable debut performances in Premier League history during the 2011/12 campaign, as he came off the bench to score twice in Manchester City’s 4-0 win over Swansea at the Etihad.

Sergio Aguero made his Manchester City debut… scoring the first of his 254 City goals ⚽️ pic.twitter.com/dwwROJOxo3

The forward – who scored a record-breaking 260 goals in all competitions across a decade with City – scored a further five goals in opening weekend fixtures, netting against Newcastle in both 2013 and 2014, and against Sunderland and Brighton.

Teddy Sheringham also scored seven goals on the opening weekend, including the Premier League’s first ever televised goal as Nottingham Forest beat Liverpool 1-0 in their first fixture of the 1992/93 campaign.

Sheringham moved to Tottenham soon after that goal and had two stints with the north Londoners, in addition to a four-season spell at Manchester United that saw the forward win three league titles and the Champions League among his honours.

Jamie Vardy has also scored seven times in the first fixtures of a Premier League season and has netted on the opening weekend in each of the past two campaigns.

Vardy scored the winner as Leicester beat Wolves 1-0 in 2021/22, having also scored twice as Brendan Rodgers’ side thrashed West Brom 3-0 the previous season.

The Foxes’ forward is one of two active players on this list and just one goal behind the shared divisional record, one he will be hoping to equal – or surpass – as Leicester host Brentford on August 7.

Mohamed Salah is the second active player on this list and has also scored seven goals on the Premier League’s opening weekend.

Salah is one of ten players to have scored a hat-trick on the Premier League’s opening weekend, having begun the 2020/21 season with a treble as Liverpool beat Leeds 4-3 at Anfield.

Liverpool will face the previous season’s Championship winners for a fourth consecutive opening weekend in 2021/22, where Salah will be hoping to improve his record against Fulham at Craven Cottage.

Wayne Rooney is one of three players tied for the most opening weekend goals, having scored eight times in the season’s first round of fixtures.

Rooney scored his first opening weekend at former side Everton in 2005/06, before scoring twice as the Red Devils thrashed Fulham to begin the following season with an emphatic 5-1 win at Old Trafford.

Rooney also netted against Birmingham, West Brom, Swansea and Bournemouth on the opening weekend and ended his career with 208 goals in the Premier League – only Alan Shearer has ever scored more.

The former Manchester United forward is the only player to have reached 200+ goals and 100+ assists in the Premier League era.

Frank Lampard also shares the record, with the midfielder’s frequent appearances in leading goalscorer rankings a testament to his consistency around goal.

Lampard scored a stunning 177 goals in the Premier League, making the former Chelsea favourite the sixth-highest goalscorer in the division’s history.

Eight of those goals came on the opening weekend, including this special strike from distance as the west Londoners beat Hull in 2013.

Frank Lampard scored 177 #PL goals, is this one your favourite? 🤩

Lampard scored a club-record 211 goals in all competitions for Chelsea during a career that saw the former England international win 11 major honours at Stamford Bridge.

Alan Shearer is the Premier League’s all-time record goalscorer and holds the joint-record for most opening weekend goals.

Shearer had a spectacular start to his Premier League career after joining Blackburn from Southampton for a British record fee, scoring two brilliant goals in a thrilling 3-3 draw with Crystal Palace at Selhurst Park.

The rest is history ⚽️🏆 pic.twitter.com/bqVuwb17R6

Shearer scored 112 goals in 132 league appearances for Rovers, winning the Premier League title in 1995, before joining Newcastle in a world-record deal.

The Geordie goal-machine racked up a record 206 goals for the Magpies across the next decade, retiring as both the club’s and Premier League’s all-time leading scorer.