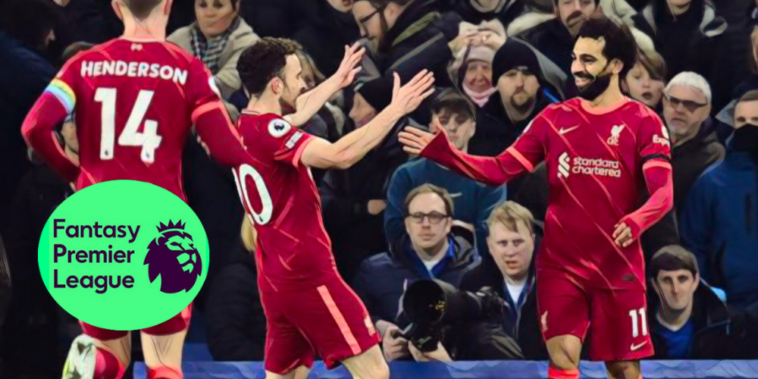 Gameweek 15 includes a fascinating London derby clash between West Ham and Chelsea, the top-four chasing Hammers hoping to secure a positive result against the league leaders after three fixtures without a win.

Elsewhere, Newcastle face a crucial clash against Burnley as the Magpies look to end their winless start to the season at St James’ Park, whilst Aston Villa meet Leicester in an all-Midlands clash and struggling Everton host Arsenal.

Ahead of gameweek 15, we’ve looked at four of the best Fantasy Premier League captaincy options.

Mohamed Salah’s continued excellence is fast making this feature almost redundant, with it taking a brave FPL manager to go against the Egyptian for the captaincy.

Salah has incredibly returned in 12 consecutive league fixtures and in 13 of 14 games so far this season, continuing his scintillating start to the season with two goals in Liverpool’s 4-1 thrashing of Everton in the Merseyside Derby.

SCOUT: Mo Salah (£13.0m) has produced a goal or assist in 4️⃣6️⃣ of the 6️⃣8️⃣ occasions he's been named the top captain 🤯#FPL #EVELIV pic.twitter.com/J61bulv5bc

Salah leads the league for both goals (13) and assists (8) this season with his 21 goal involvements almost double the total of the next highest player in the division, Watford’s surprise package Emmanuel Dennis (11).

Also topping the division’s rankings for xG, xA, shots and shots on target, there has arguably never been a safer FPL captaincy option than Salah at present.

Diogo Jota offers an interesting alternative to those prepared to gamble away from teammate Salah, the forward having been in prolific form for a Liverpool attack scoring at will so far this season.

Jota has scored four goals across his past three appearances for Liverpool after netting in the 4-1 win at Everton last time out, the Portugal international having deputised for the injured Roberto Firmino in fine fashion in recent weeks.

Diogo Jota has scored in each of his last three Premier League games for Liverpool:

⚽️ vs Arsenal
⚽️⚽️ vs Southampton
⚽️ vs Everton

Operating at centre-forward despite his classification as a midfielder in FPL, he is now the third-highest scorer in the Premier League this season behind only Salah and Jamie Vardy.

Arguably the first name on Pep Guardiola’s team sheet at present, Bernardo Silva has enjoyed an excellent campaign for Manchester City and has found goalscoring form in recent weeks.

The Portugal international has scored in three of his past four gameweeks, including a brilliant volley to secure three points at Aston Villa in midweek.

The 27-year-old has averaged seven points-per-fixture across his past four FPL appearances, operating in a more advanced role for the Premier League champions.

Silva faces Watford in gameweek 15, a fixture that should pose few problems for City despite the Hornets’ recent improvement under Claudio Ranieri.

Tottenham host Norwich in a fixture that Antonio Conte will be expecting maximum points from, the Italian’s reign in north London yet to truly have been kickstarted.

Harry Kane’s form has been indifferent to say the least at club level, but a home clash with the struggling Canaries provides the England captain with an opportunity to rediscover his goalscoring touch.

Kane has scored just once in the Premier League this season – ahead of Spurs’ clash with Brentford on Thursday evening – in 10 league starts and getting the best from the 28-year-old will be high on Conte’s list of priorities.

Norwich have shown signs of improvement under Dean Smith and are on a four-game unbeaten run, though their 28 goals conceded this season rank second behind only Newcastle amongst the division’s worst defences.