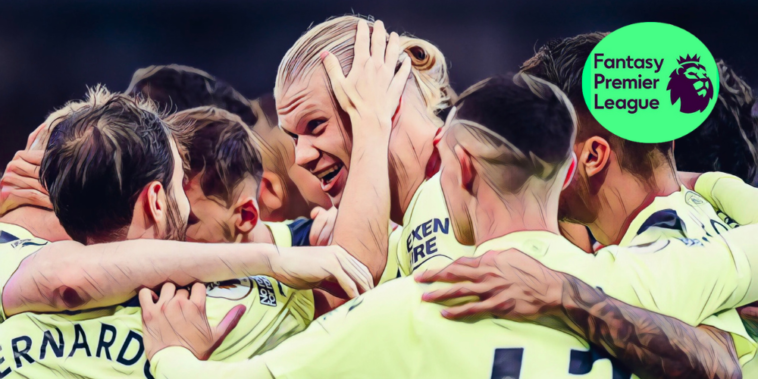 Chelsea will begin life without Thomas Tuchel at Fulham in Saturday’s lunchtime kick-off, while there’s a huge game at the Etihad as Manchester City and Tottenham collide in a clash of the unbeaten sides.

Liverpool will want to bounce back from a midweek Champions League humbling when Wolves visit Anfield, while Manchester United travel to Crystal Palace looking to continue their recent momentum.

Is there any stopping Erling Haaland? On current form, there doesn’t appear to be, with the forward adding two more goals to an ever-increasing collection during Manchester City’s midweek win in Seville.

It’s now 12 goals in just seven games for Haaland in all competitions, while he has failed to score in just one of City’s six league assignments so far this season.

The visit of Tottenham – who won home and away against the Premier League champions last season – will represent Haaland’s sternest examination yet, but he has passed all previous tests with flying colours since arriving into English football during the summer.

The Norwegian leads the league for goals, goals + assists combined, xG, xG/90, shots, shots on target and shots on target/90, with the underlying numbers pointing towards a set and forget policy with Haaland and the armband.

Even when not involved in the game he is finding a way to influence results and that bodes well for FPL managers.

Ivan Toney vs Southampton (A)

Ivan Toney’s form has increased calls for an England opportunity, with the Brentford forward having scored five goals in six games so far this season.

Toney struck a hat-trick in Gameweek 6 to haul 17 points, with only Haaland having now scored more FPL points among all forwards.

Brentford have lost just one of their opening six fixtures and travel to face a struggling Southampton side this weekend. The Saints have failed to keep a clean sheet so far this season, with only three teams – Nottingham Forest, Leicester and Bournemouth – having conceded more goals.

Will he be in your forward line in Gameweek 7, when @BrentfordFC face Southampton?#SOUBRE pic.twitter.com/Rt4yGq0ALG

With an England squad set to be named for September’s fixtures in the coming weeks, Toney will be keen to continue his fine form and catch the eye of Gareth Southgate.

A key part of Arsenal’s improved form this season, Gabriel Jesus will be a popular selection for the armband in Fantasy Premier League GW7.

The Brazilian blanked for just the second time this season last time out, but was an impressive overall performer as the Gunners dominated for large periods despite defeat at Manchester United.

Arsenal host Everton this weekend and have won eight of the last nine previous meetings between the teams at the Emirates, while the visitors arrive in North London as one of just two winless teams in the Premier League this season, alongside Leicester.

The Toffees have also kept just one clean sheet, during last weekend’s goalless draw with Liverpool in the Merseyside Derby.

Is Marcus Rashford a contender for the captain’s armband? FPL managers have flocked to bring in the Manchester United forward following his 18-point haul against Arsenal last time out.

Classified as a midfielder in FPL, he has led the line at centre-forward during United’s four-game winning run and has shown signs of getting back to his best. Rashford has blanked just once across the last four games, averaging 9.25 points per game.

Erik ten Hag’s team travel to face Crystal Palace this weekend and will be hoping to build on their recent momentum. The Eagles have just one clean sheet from six fixtures this season and have won just once in the Premier League to date.