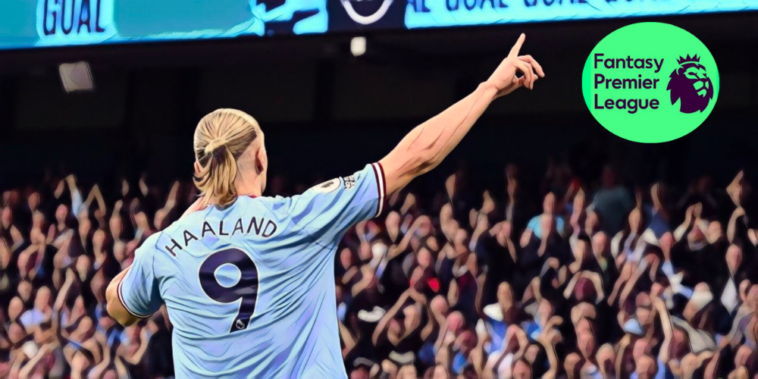 Ahead of a weekend fixtures, we look at four of the best FPL captaincy options.

Erling Haaland vs Aston Villa (A)

Is any manager brave enough to go against Erling Haaland?

Those who have have been made to look foolish in recent weeks, as the Manchester City forward has demonstrated just why he was so sought after last summer.

Haaland is the first player in Premier League history to score nine goals in his first five games in the competition, while he has become just the sixth to score back-to-back hat-tricks after trebles against Crystal Palace and Nottingham Forest.

At this rate he's on course to beat Mo Salah's record of 303 pts in a season 🔥#FPL pic.twitter.com/iCEkdfZ06v

The Norwegian’s total of 58 points is already 20 clear of the second-placed Rodrigo, following consecutive hauls of 17 points.

Up next is an Aston Villa side in the Premier League’s relegation places.

Harry Kane might not have been able to replicate the explosive output of Haaland so far this season, but he has been a quietly consistent FPL asset.

Since blanking in gameweek one, the England captain has returned in four consecutive gameweeks ahead of this weekend’s home clash with promoted Fulham.

Kane has averaged 7.25 points-per-game across the last four gameweeks and will be confident of extending his brilliant record in all-capital clashes this weekend.

🤩 @HKane has scored 42 goals in #PL London derby matches, the second most of any player after Thierry Henry (43)#CHETOT pic.twitter.com/O5RCFb1TzS

Chelsea might be out of sorts at present, but Raheem Sterling is finding his groove in west London.

The summer signing followed a brace in the win over Leicester with another goal at Southampton in midweek, taking his total to three goals in five appearances for Chelsea.

Each of those have come in his last two games – totalling 23 FPL points – and Sterling will again be tasked with providing Thomas Tuchel’s side with cutting edge this weekend.

Chelsea host West Ham in a London derby on Saturday and Sterling will be hoping to continue his brilliant record against this weekend’s opponents. In 16 league fixtures against the Hammers, the 27-year-old has provided 15 goal involvements (8G / 7A).

Dare to be different?

Newcastle fans will have been more than pleased with their first sighting of Alexander Isak in action, with the club-record arrival producing an impressive debut at Liverpool.

Isak was tasked with the lone forward role and excelled at Anfield, opening his account in the Premier League with a brilliantly-taken opener on Merseyside.

The finest of offside margins prevented Isak from scoring a stunning second, as he skipped round challenges from Andy Robertson and Joe Gomez before lashing home.

Ice-cold around the area at Anfield, he takes on Crystal Palace this weekend in his first appearance at St James’ Park.