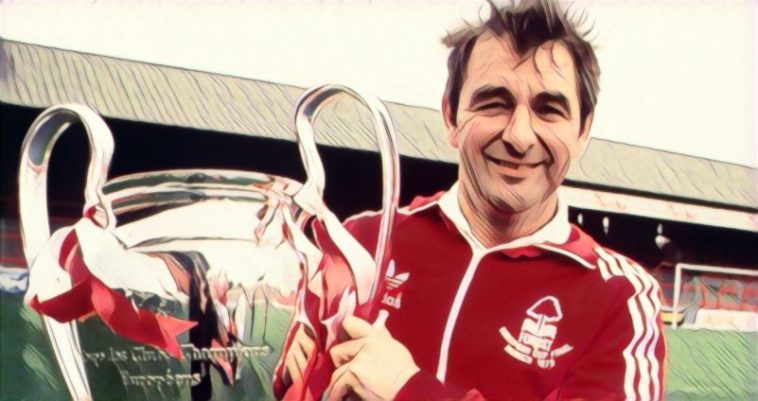 Is there anything sadder than a fallen giant? A previously proud institution that had notions of grandeur, now a run-of-the-mill enterprise just trying to keep afloat like so many other teams.

Once behemoths of the game both domestically and abroad, these teams have seen a shocking fall from grace since their glorious heydays. Here are some of the biggest declines endured by once great clubs in English football, and why they happened.

The Villains were once members of an exclusive club as one of just seven teams to have played in every season of the Premier League. The other six teams to have never suffered relegation are Manchester United, Arsenal, Chelsea, Liverpool, Tottenham Hotspur and Everton. That was, until the former European Cup winners went through ignominy of falling to the second tier in 2016.

Relegation was the denouement of a relatively quick slide into Championship obscurity, yet it felt like a slow death for Villa fans. Just over ten years ago it felt like a new dawn was starting for the club, when it was taken over by Randy Lerner, who also owned the Cleveland Browns at the time. NFL fans will immediately recognise that was a portent of things to come.

In 2016 Lerner’s first managerial appointment was Martin O’Neill, at that point still considered a natural successor to Alex Ferguson. The past is weird, right? Well, the Irishman guided the Claret & Blues to a League Cup final, an FA Cup semi-final, and had them on the brink of Champions League qualification.

O’Neill resigned over the availability of transfer funds in 2010, just five days before the start of the season. From there it started going downhill. Lerner gradually stopped investing in the squad, and neither Alex McLeish or Paul Lambert could stem the tide. The nadir came with the appointment of gilet enthusiast Tim Sherwood as manager, who was sacked long before the Birmingham club were inevitably relegated in 2015-16.

Lerner reportedly lost $400m by selling Aston Villa to Tony Xia, but don’t shed too many tears for the American: he sold the Browns for $1 billion in 2012, a team he inherited from his deceased father. One. Billion. Dollars.

In 1995 Blackburn Rovers won the Premier League, spearhead by Alan Shearer in a forward line that helped to briefly break up Man United’s dominance. Just four years later they were relegated to the First Division. But that was just their first fall from grace.

Rovers returned to the top flight in 2001, and even won the League Cup in 2002, becoming an established mid-table side occasionally qualifying for Europe. That all changed once the club were taken over by Venky’s London Limited, a poultry conglomerate, in 2010.

The new owners sacked manager Sam Allardyce with immediate effect, replacing him with first-team coach Steve Kean, who had no prior experience of managing a major club. The whole affair looked dodgy from the outset, as Kean’s agent had advised Venky’s during the takeover.

Despite holding ambitions of signing Ronaldinho, Rovers were relegated in 2012. Five years later they tumbled into League One. Despite bouncing back with immediate promotion to the Championship, where they currently sit in ninth with a respectable 26 points after 17 games, the club is reportedly losing £260,000 a week, as explained by Tifo Football in the video below.

The only Premier League winners to be relegated to the third tier, the Lancashire club have gone from running a stable operation to being a debt-laden team languishing below the Premier League.

Winners of the final edition of the old First Division in 1992, the West Yorkshire club were a mainstay in the new Premier League during the nineties. However, it was only in 1998, with the appointment of David O’Leary as manager, when they started to become a force again in both English and European football.

Under the Irishman’s charge Leeds consistently finished in the top five domestically, and reached the semi-finals of both the UEFA Cup and Champions League. The side featured a number of talented pros as well as promising young players, such as Rio Ferdinand, Alan Smith, Paul Robinson, Jonathan Woodgate and Robbie Keane.

Looking to capitalise on the club’s progress, chairman Peter Ridsdale took out huge loans to fund the hunt for success, in the hope that they would see Champions League money rolling in. Leeds failure to qualify for the competition in successive seasons subsequently led to a financial implosion, and the club were relegated to the Championship in 2004.

The Peacocks remain there, taking a three-year sojourn in League One along the way, where they are currently playing some scintillating football under legendary coach Marcelo Bielsa. The three-time league winners could finally be making a comeback to the big time, but the scars of the past two decades will remain for a lifetime.

And yet probably the worst part of all for Leeds fans is seeing local hero Alan Smith playing in the red of Man United, despite previously stating he never would. Sickener.

It seems scarcely believable nowadays, but forty years ago Notts Forest were the undisputed best team in Europe. A league title in 1978 was followed up with back-to-back European Cup wins, with Martin O’Neill playing a pivotal role in their success.

While Forest continued to place well in the league table – as well as winning the League Cup twice and losing an FA Cup final – in the years after Peter Taylor resigned as assistant manager to Brian Clough in 1982, the club weren’t nearly as successful on the pitch without Taylor in the background.

Relegation beckoned in 1993, Clough’s final year in management. Forest turned into a yo-yo club throughout the nineties, before eventually becoming a permanent fixture in the second tier. Relegation to League One in 2005 made them the first ever European Cup winners to slip into their domestic third division.

The Tricky Trees currently reside in the Championship, but why have they had the most sustained period of agony of all the teams mentioned here? One answer is the inept stewardship of the club by owner Fawaz Al-Hasawi, but that only accounts for more recent times. There is perhaps another, more broader answer.

As outlined in the book The Numbers Game by David Sally and Chris Anderson, Nottingham is one of a number of places that didn’t have the population to sustain the level of success their local teams once had. This has tended to effect teams in the north of England, with Blackburn also falling into this category. Sharing a city with Derby County hasn’t helped Forest either.