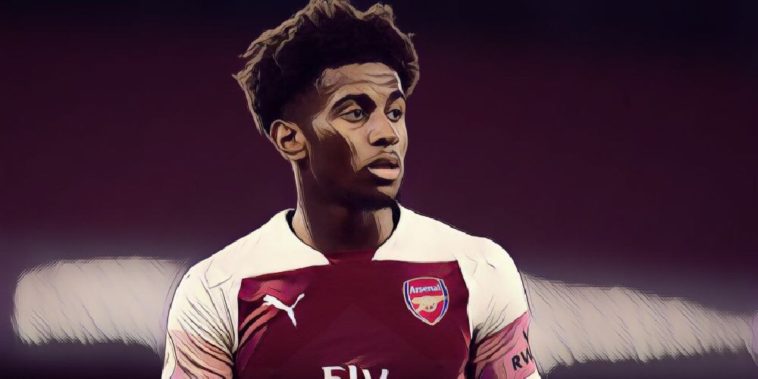 Reiss Nelson has said he is looking forward to returning to Arsenal after his excellent run of form with Bundesliga club, Hoffenheim.

Nelson is on a season-long loan with the German club, and has scored six goals and provided one assist in his seven league appearances for the club.

However, it seems like his mind is already drifting back towards the Emirates, saying he wants to become an Arsenal legend.

“Arsenal are my boyhood club,” he told the BBC. “I’ve been with them since I was eight, so that’s 10 years.

“I just want to go back there stronger because at the time I was at Arsenal I was 16, 17 and I didn’t feel confident.

“I didn’t think I was a man, but now I’m feeling stronger and I think a couple more months or even a year in Hoffenheim will make me strong and give me the belief and confidence to go back to Arsenal and do very good there.

“I want to be an Arsenal legend.”

However, Arsenal manager Unai Emery has recently distanced himself from suggestions that the 18-year-old could return to the North London club in January.

“At the moment we don’t speak about that,” he said.

“With Reiss, we are very happy with him at the moment.

“We follow him every match. We are thinking how he can help us in the future.”

Nelson signed a new four-year deal at the Emirates before making his loan move to the Rhein-Neckar-Arena.