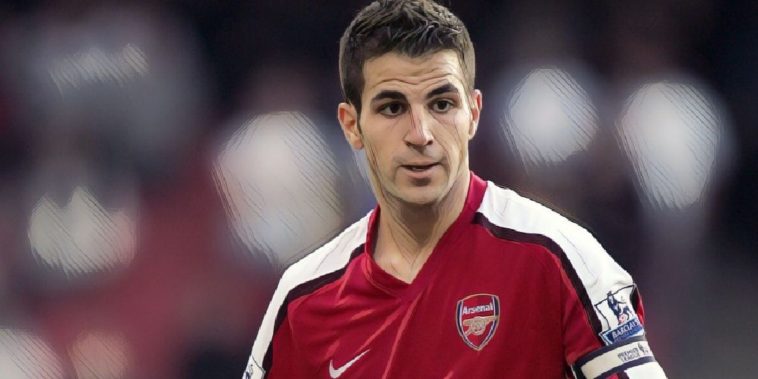 Cesc Fabregas has opened up on his departure from Arsenal and says the pressure of captaining the club to silverware left him feeling physically and mentally ‘drained’.

Fabregas moved to north London as a teenager from Barcelona‘s famed La Masia academy system before quickly establishing himself in the first-team, becoming the youngest player in the club’s history and going on to make 303 appearances for the Gunners across all competitions.

However, silverware would largely prove elusive over Fabregas’ nine season stay at the club, winning just one FA Cup in 2005, the midfielder blaming the clubs lack of success on the attitude of his teammates and lack of recruitment from the Arsenal board.

Fabregas has revealed the club’s predicament gave him ‘sleepless nights’ prior to his 2011 return to Barcelona, naming Robin van Persie and Samir Nasri as the only players ‘on his level’ during his latter years at the Emirates.

“I was the captain, I always felt so much pressure on myself,” Fabregas told the arseblog podcast. “I had to lead this team to win something. I gave everything. Sometimes, I used to go home after we lost and I used to cry.

“I used to suffer, I used to spend sleepless nights suffering. And then you lose a game, you’re in the bus like this, destroyed, and then you hear some players laughing, thinking about where they will be going out later.

“This was going on for a few years. We were playing beautiful football and I enjoyed that side of things but I was putting pressure on myself to lead, to do everything and at one point I felt kind of lonely.

“Especially in the last two or three years, I felt Robin [van Persie] and Samir [Nasri] were the only players – it’s not an arrogant thing to say, it’s how I felt at that time – were the players who were at my level mentally and technically.

“Many things came in my head, I have to admit I was a bit empty, I was drained mentally, physically, in my soul knowing I’m giving everything, knowing a few signings the club could have made but didn’t happen.

“Seeing some behaviours from certain players or something like this made me feel I wanted to check something else. If it was not because of that, I would not have left Arsenal at that time.”