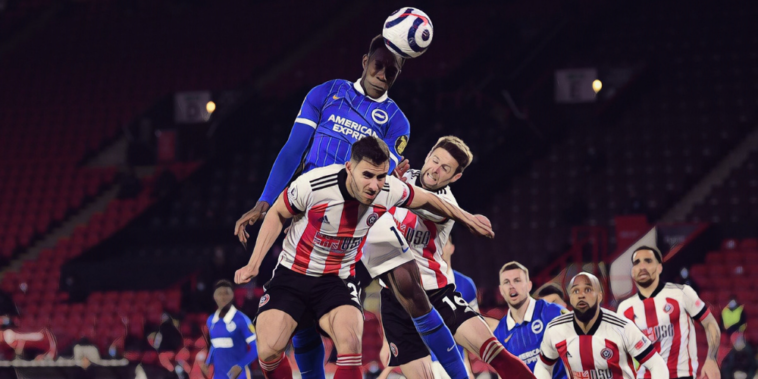 The Football Association has issued new ‘guidance’ over heading drills which will be applicable to clubs at all levels of England’s footballing pyramid.

The guidance for the professional game has been developed following multiple studies undertaken in recent months, though guidelines will be applicable for the Premier League, EFL, Barclays Women’s Super League, FA Women’s Championship, the National League System, the Women’s Football Pyramid Tiers 3 and below, grassroots football, and the England national teams.

Under the guidance for professional clubs there will be an emphasis on minimising the number of headers carried out at a ‘higher force’, for example from long passes, crosses, corners and free-kicks and it will be recommended that a maximum of just 10 higher force headers are carried out in any training week.

The latest guidelines, revealed in an FA statement, are designed to protect player welfare as the long-lasting impact of heading is studied further.

The guidance also includes ways in which heading technique can be practised using lower force, with examples including balls thrown rather than kicked, and players meeting the ball with a standing jump as opposed to running onto passes or crosses.

Given scientific evidence is limited at present, the guidelines will be under constant review as further information is acquired on the effects of heading in football.