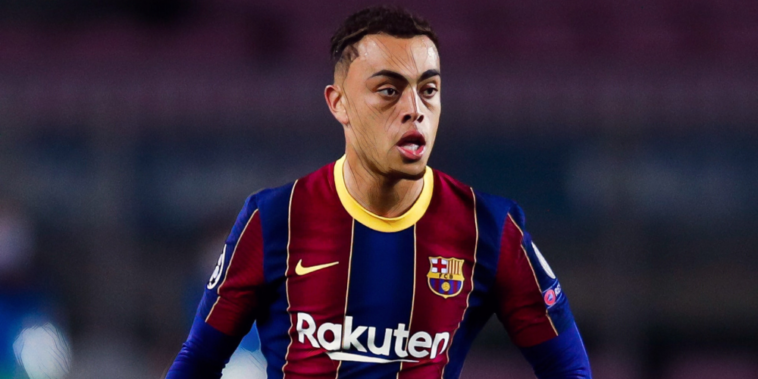 Arsenal are among three clubs to have been rejected by Barcelona full-back Sergino Dest, with the defender keen to remain at the Camp Nou.

The north London side have joined Borussia Dortmund and Monaco in making an approach for the USA international, with the trio hoping to take advantage of Barcelona’s financial situation by securing a deal for the 20-year-old.

The Dutch-born defender came through the academy system at Ajax before making the move to Spain last summer and made 41 appearances across all competitions for the Catalan side last season.

According to Sport, the offers included the prospect of Dest earning more money should he leave, though the star is keen to continue his development at Barcelona and has turned down the prospect of an exit.

The sale of Junior Firpo to Leeds has left Barcelona short of specialised full-back cover for Jordi Alba and Dest could be utilised on both flanks under Ronald Koeman this season.

Arsenal have already strengthened their options this summer with the signings of Nuno Tavares and Albert Sambi Lokonga, whilst Ben White is edging closer to a £50m move from Brighton.

Right-back remains a position the Gunners could look to bolster however, with Hector Bellerin expected to make an exit from the Emirates this summer.