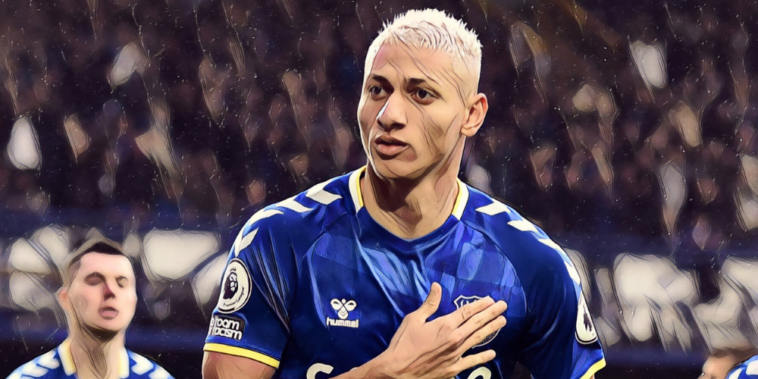 Paris Saint-Germain are reportedly in talks with Everton over a deal for Richarlison, as the club seek a replacement fo Kylian Mbappe.

Mbappe looks set to leave PSG in the coming days as a move to Real Madrid edges closer, with the Parisians claimed to have made an approach for Richarlison as a potential replacement for the France international.

ESPN Brazil are reporting that the player’s representatives have been in Paris to discuss a move to the French capital, and a big bid from PSG could persuade Everton to sell given the club’s Financial Fair Play pressures.

Rafael Benitez’s recruitment has been modest to say the least this summer as the Toffees cut back following some lavish spending in recent windows and the sale of the Brazilian could provide an injection of much-needed funds.

However, Everton will need to offload unwanted assets before conducting further business with the likes of James Rodriguez, Fabian Delph and Cenk Tosun deemed surplus to requirements.

Moise Kean will also be allowed should a suitable offer arrive after spending last season on loan with PSG and has been linked with a return to former club Juventus.