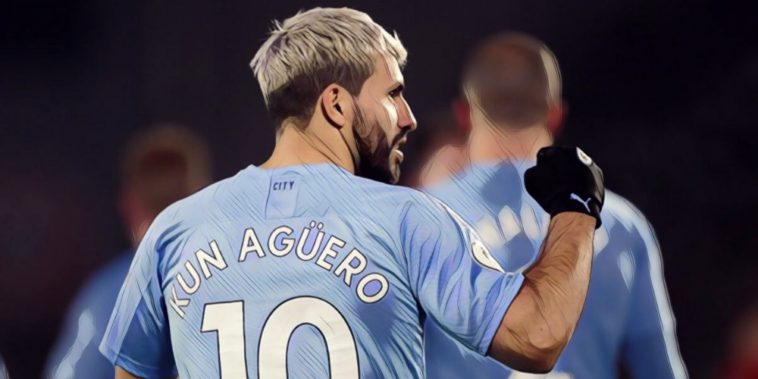 Everton are reportedly set to join the race to sign Manchester City legend Sergio Aguero this summer, the forward set to depart the club when his contract expires at the end of the season.

The Argentine has been a phenomenal addition to the Premier League since his arrival at the Etihad from Atletico Madrid back in 2011, the 32-year-old having gone on to net a remarkable 182 top-flight goals, as well as securing what will soon be a fifth league title at the club.

Despite his legendary status at Manchester City, the club announced at the end of March that the player’s current deal would not be extended, allowing him to leave for free this summer.

In truth, it’s been an underwhelming campaign on a personal level for the diminutive forward, a succession of injuries restricting him to just six starts in the league this season, scoring just two goals, although he did net a stunning effort in the 2-0 win over Crystal Palace on Saturday afternoon.

With side’s banking on that being a sign of player not yet on the decline, the race for the player’s signature is now firmly on, the Daily Star reporting that Everton are the latest side to join the battle to snap him up.

The report suggests that while the Merseyside club will not be able to match the player’s £240,000-a-week wage demands, they would be willing to make up for that fact by offering a ‘significant’ signing-on fee.

The Toffees currently have just one real striking option in the form of England international Dominic Calvert-Lewin, while out on-loan forward Moise Kean looks set for a permanent move away from the club, with a stay at Paris Saint-Germain on the cards or a possible return to former side, Juventus.

With Carlo Ancelotti’s side hoping to make an even stronger push for the top-four next season, the acquisition of a player like Aguero would be a real statement of intent and would follow the club’s high-profile signing of James Rodriguez from Real Madrid last summer.

Although wages could potentially be a potential stumbling block, Everton will also have to contend with rival interest from other Premier League sides, with Chelsea, Tottenham and Leeds all mooted as potential destinations.

The Blues have been heavily linked with a move for the player, as well as Borussia Dortmund starlet Erling Haaland, while Spurs’ continued reliance on current forward Harry Kane may have heightened the need for a quality alternative – or potentially even a replacement.

A link up with compatriot Marcelo Bielsa at Elland Road is also on the cards, the Yorkshire club currently with just Patrick Bamford has their only real centre-forward option.

Although it would appear that Aguero is keen to remain in the Premier League, the report also outlines that there is interest in his services from the likes of Barcelona and Inter Milan.

See also – ‘What a goal. What a man’ – Guardiola reacts as Aguero strike edges City to brink of the title