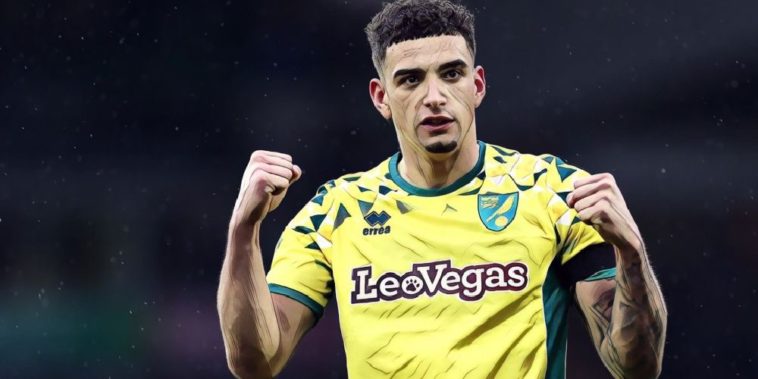 Everton have reportedly made a bid of £26m for Norwich City defender Ben Godfrey, the Toffees continuing to look at other alternatives to Chelsea centre-back Fikayo Tomori.

England U21 international Godfrey is currently plying his trade in the Championship, yet impressed last season in the top flight despite the Canaries subsequent relegation, Daniel Farke’s men having spent just one season back in the Premier League.

The 22-year-old – who made 30 league appearances last term – could well be back in the top tier of English football in the near future, the Telegraph reporting that Carlo Ancelotti’s side have made a £26m bid for the player as they hope to build upon an excellent start to the season, the bid consisting of an initial payment of £20m and a further £6m in add-ons.

The report does suggest, however, that young Chelsea defender Tomori remains the club’s first-choice option. The Englishman has been targetted by the Toffees, though whether he will be allowed to leave the west London club is yet to be seen amid doubts over the future of fellow defender Antonio Rudiger.

Everton‘s perfect start to the 2020/21 campaign has not hidden the fact they are incredibly thin on the ground at the back, the club currently only having three senior centre-backs on their books, one of whom – Mason Holgate – is currently sidelined with injury.

Such lack of depth even saw left-back Lucas Digne partner Michael Keane at centre-back in their recent 5-2 victory over Fleetwood Town in the Carabao Cup, emphasising the need for further reinforcements.

While it appears clear that Tomori is the first choice option, one potential benefit of moving for Godfrey would be the extended time allowed to make the signing, with EFL clubs and top-flight clubs able to continue deals until the October 16, while any move for Tomori would have to be completed by the regular deadline of October 5.