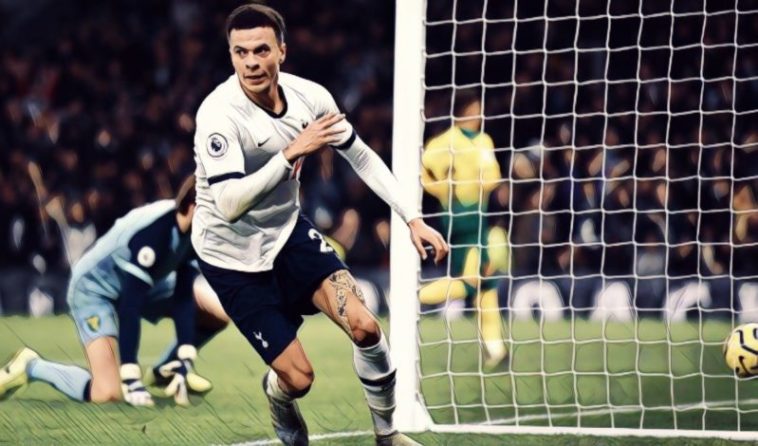 The summer transfer window has once again proven a fascinating period of activity for Premier League sides, with a host of marquee names arriving into English football and several more changing colours.

There remains just five more days until the window slams shut, however, and there remains plenty to finalise for both clubs and players.

We’ve decided to look at the notable names facing an uncertain future as the transfer deadline quickly approaches, here are six Premier League players who could still move before the transfer window closes on October 5.

Arguably the biggest name to find themselves firmly out-of-favour in the Premier League at present, Dele Alli’s stock has fallen significantly since his emergence as one of English football’s brightest talents.

Form and fitness issues have plagued the midfielder over the past two seasons and patience appears to be running thin for Jose Mourinho, the 24-year-old having been left out of the Spurs squad for recent league fixtures against Southampton and Newcastle.

Alli has started just one league game this season – the opening day home defeat to Everton – and was hauled off at half-time following an uninspiring performance, whilst his omission from the club’s Carabao Cup victory over Chelsea was another indicator of his current status given Mourinho’s rotated side.

The midfielder is undeniably talented and was tipped as a future star after winning back-to-back PFA Young Player of the Year awards, scoring prolifically in a roaming role and establishing himself as a senior England international.

The self-assured youngster who often played with a swagger has rarely been seen of late as he has drifted through Premier League fixtures, Alli struggling to kick on from his youthful and exciting exuberance into a league leading talent.

A change of scenery looks the best option available for both club and player at present with Paris Saint-Germain linked with a loan move for Alli, the Spurs star in desperate need of regular opportunities as he bids to force his way back into the England squad.

Lampard has insisted that the defender’s absence from his plans is not confirmation that Rudiger’s future is away from Stamford Bridge, but the centre-back has not featured in a match day squad since being an unused substitute for the season opening win at Brighton.

It’s a sudden drop in status for a player who was a regular under Lampard last season and the German is now reportedly considering his options ahead of next week’s transfer deadline, with a host of leading clubs – including Barcelona, Paris Saint-Germain and Tottenham – having been linked with a late move.

West Ham has also been mooted as a potential destination with Chelsea prepared to offer players as part of a package to bring Declan Rice across the capital, and Rudiger looks a likely casualty as Lampard attempts to thin out a stacked squad before the window closes.

Rhian Brewster returned to Liverpool this summer with hopes of forcing his way into Jurgen Klopp’s thinking following a productive loan spell at Swansea over the second half of last season, the forward scoring 10 times in 20 Championship appearances to fire the side into the play-offs.

Those hopes now appear all but over with the youngster edging towards the Anfield exit door despite an impressive pre-season, the summer signing of Diogo Jota and pre-season performances of Takumi Minamino leaving Brewster firmly down the forward pecking order.

Premier League clubs have circled the player throughout the summer and a loan move was initially thought to be likely, though recent developments mean Brewster could head out on a permanent basis before the closure of the transfer window.

Crystal Palace and Brighton are believed to be interested in his services, whilst Sheffield United have also held talks with Liverpool over a deal that could be worth in the region of £17m.

Brewster has proven he is ready for opportunities at Premier League level and a move is perhaps the best route for his development, the 20-year-old having been an integral part of the England side which won the U-17 World Cup three years ago alongside names such as Jadon Sancho, Phil Foden and Callum Hudson-Odoi.

Despite seemingly heading for the exit door Liverpool are aware of the talent and potential the forward possesses, a buy-back clause likely to be mandatory in any deal to sign Brewster before the deadline.

Amongst the names deemed surplus to requirements during Mikel Arteta’s rebuild of Arsenal, Lucas Torreira could be on the move in the next few days as the Gunners desperately bid to raise further funds.

The Uruguay international has fallen out-of-favour of late and is regarded as a saleable asset by Arteta, the midfielder having been linked with a return to Italy with Torino strongly linked with making a move.

That deal appears to be all but over with the Serie A outfit having failed to satisfy Arsenal’s demands, Atletico Madrid another interested party as the transfer deadline rapidly approaches.

Arsenal are ready to allow Torreira to leave to fund a move for Lyon’s Houssem Aouar, whilst Atletico midfielder Thomas Partey has also been a long-term target and offers the prospect of a potential swap deal.

Torreira’s tenacity is likely to appeal to Diego Simeone and his preferred style of play, his potential sale – and that of Sead Kolasinac – perhaps key to the Gunners’ hopes of adding more signings of their own before the deadline.

Chris Smalling is reportedly training alone at Manchester United after returning to the club following a season-long loan spell at Roma, the defender yet to make the move permanent despite an impressive spell in the Italian capital.

Roma are yet to meet the Red Devils’ price-tag and despite investing in another central defender after signing Marash Kumbulla from divisional rivals Hellas Verona, the Italian clubs manager Paulo Fonseca remains keen on adding Smalling to his ranks on a permanent basis.

The 30-year-old found himself a much maligned figure during his latter years at United but has seen his reputation enhanced following his performances in Serie A, with Inter Milan also reportedly considering a move for the centre-back as the Nerazurri continue to assemble their extensive collection of Manchester misfits.

The future of defender Milan Skriniar – linked strongly with Tottenham – could be the deciding factor in terms of Inter’s interest, although the 31-cap England international’s preference is for a return to the Eternal City after his Roman renaissance last season.

Could Wilfried Zaha be a major mover before the transfer deadline?

The forward is certainly placing his name firmly in the shop window after a fine start to the new season, scoring three goals in three fixtures including a match-winning brace at former side Manchester United.

Zaha has long yearned for a move to a bigger side after outgrowing his surroundings at Selhurst Park, the Ivory Coast international keen to test himself at the highest level and join a side who feature regularly in continental competition.

Palace, however, are under no illusions over the 27-year-old’s importance to their side and will once again demand a huge fee for his services, with Arsenal and Borussia Dortmund two of the sides to have been credited with an interest in the mercurial winger.

Dortmund’s interest is only likely to intensify should Manchester United finally meet their asking price for Jadon Sancho in the coming days, the Bundesliga side potentially providing Zaha with the type of platform he craves.