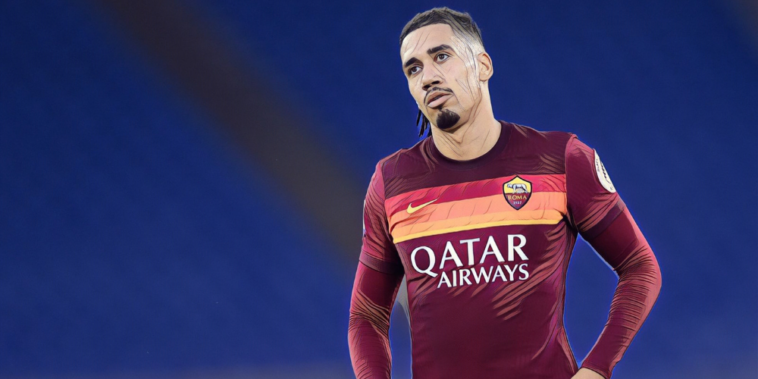 Everton are reportedly interested in signing Roma defender Chris Smalling as the club look to strengthen their centre-back options this summer.

Everton are currently without a manager following Carlo Ancelotti’s decision to leave the club and return to Real Madrid, though are reportedly pressing on with transfer plans and have targeted the signing of a new central defender.

Sky Sports Italia journalist, Gianluca di Marzio, has reported that the Toffees have made an enquiry into the availability of former Manchester United defender Smalling, with the 31-year-old currently playing his club football in Italy with Roma.

Smalling signed for the capital club on an initial loan deal in 2019 and has impressed during his debut season after making the switch to Serie A, though the arrival of Jose Mourinho at the Stadio Olimpico has cast doubt over his future.

Mourinho is believed to want a centre-back of a differing profile to the 31-cap England international, with Everton having made a move to bring Smalling back to the Premier League.

The defender made just 13 league starts during an injury-plagued 2020/21 campaign however, as Roma slumped to a disappointing seventh-placed finish in Italy’s top tier.

Smalling previously spent a decade as a Manchester United player, making 323 appearances for the Red Devils in all competitions and winning two Premier League titles.