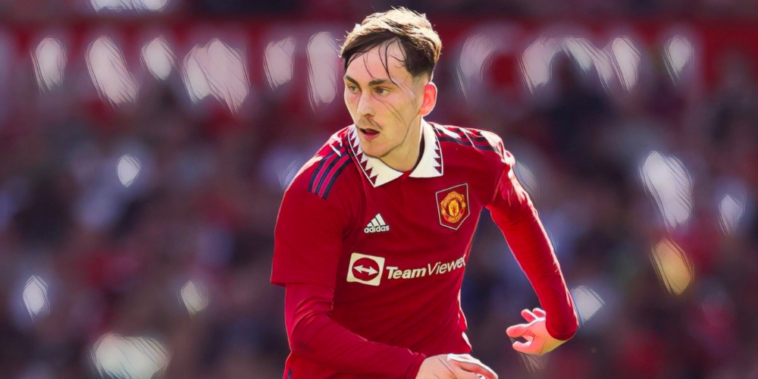 Everton are said to be ‘in discussions’ with Manchester United over a deal to sign James Garner.

Garner is free to leave this summer with the midfielder not featuring in Erik ten Hag’s plans and has attracted interest from several Premier League clubs after an impressive loan spell at Nottingham Forest last season.

The 21-year-old made 44 league appearances during Forest’s promotion-winning campaign, in which he scored four goals and provided eight assists.

The Athletic are reporting that Everton are leading the chase to sign Garner and have opened negotiations with the Red Devils over a deal.

Southampton, Leicester and Tottenham have also been credited with an interest in the academy graduate, who is valued in the region of £14m at Old Trafford.

Everton want to improve their midfield options with Dele Alli closing in on an exit to Besiktas, while the Toffees have also held talks over a loan deal for Ajax’s Mohammed Kudus and a potential return to Goodison Park for PSG midfielder Idrissa Gueye.