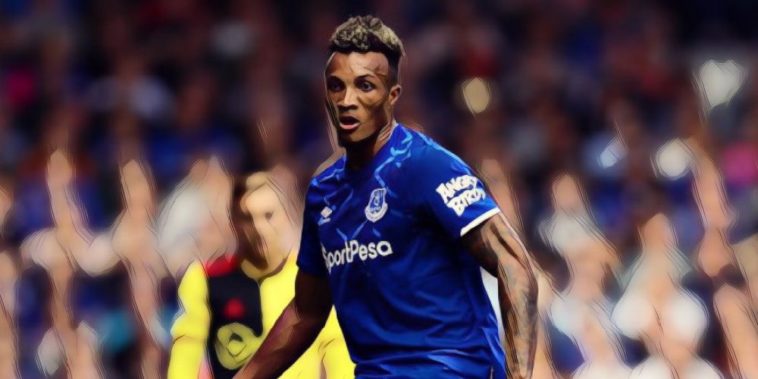 Everton have suffered an injury blow with the news that midfielder Jean-Philippe Gbamin needs an ‘extensive period of rehabilitation’ after suffering a fresh injury in training this week.

The Ivory Coast international has suffered a nightmare spell with injuries since arriving on Merseyside in a £25m deal last summer, making just two appearances for the club after picking up a thigh injury which has since required two operations.

The 24-year-old had returned to training ahead of the Premier League‘s behind-closed-doors return but has now suffered another ‘serious’ non-contact injury, the former Mainz player not set to undergo further surgery and miss the remainder of the campaign.

“Jean-Philippe Gbamin is set to undergo surgery next week after suffering a serious Achilles injury in training,” a statement on the Everton website reads.

“It is expected the midfielder, 24, will then require an extensive period of rehabilitation.

“The injury, sustained in a non-contact situation at USM Finch Farm, is unrelated to the quadriceps problem Gbamin had been working his way back from since August last year.

“Everyone at the Club is devastated for JP and we will ensure he gets all the support he needs throughout this challenging time.”

According to the Mirror, the injury was suffered during a ‘freak’ incident whilst playing foot tennis with teammate Andre Gomes, Gbamin’s latest problem continuing his nightmare luck and a difficult first season in English football.