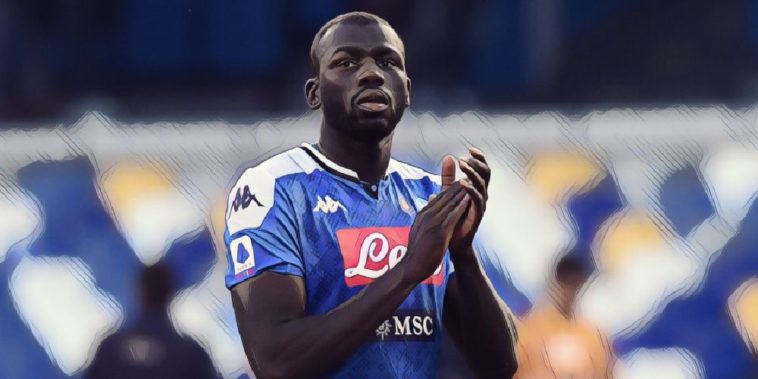 Everton are eyeing an ambitious move to sign Kalidou Koulibaly with Carlo Ancelotti keen on a reunion with the Napoli defender.

Koulibaly has been amongst the most sought-after players in world football in recent years with the centre-back having been perennially linked with Europe’s elite, the likes of Manchester United, Manchester City, Liverpool and Real Madrid amongst those rumoured with prising the player from Naples.

The 29-year-old has spent seven seasons with the Italian side and has made 274 appearances in all competitions, winning the Coppa Italia last season and being named in the Seria A Team of the Year on four occasions.

Napoli quoted a price-tag of £89m for the Senegal international last summer amid reported interest, though talkSPORT are reporting that Everton are now preparing an ambitious move to bring the defender to Goodison Park.

Carlo Ancelotti is set to be backed by the club’s board with transfer funds this summer as the Toffees bid to build on an encouraging first full season under the Italian, Everton currently eighth in the Premier League and in contention to secure European qualification.

Ancelotti is understood to be keen on reuniting with a player he previously coached at Napoli, whilst the club believe that Koulibaly could be available for a figure significantly less than the valuation placed on his shoulders last summer – given the ongoing financial impact of the pandemic.

With Koulibaly set to turn 30 this summer and just two years remaining on his current contract, Napoli could be open to selling the defender if they miss out on Champions League qualification for a second successive campaign.