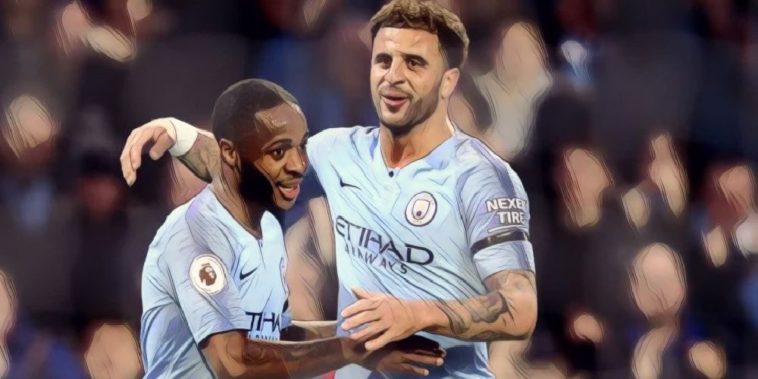 Jamaica have made headlines in international football recently following a push to persuade a number of stars to pledge their allegiance to the side, the Reggae Boyz’ latest squad including first-time call ups for names such as Andre Gray and Liam Moore.

According to reports, the Caribbean island nation are keen to add more notable names to their options having recently included former Manchester United midfielder Ravel Morrison amongst their ranks, some of the English-born players targeted including Southampton winger Nathan Redmond and West Ham forward Michail Antonio.

Recruiting players born outside of the nation could provide Jamaica with a side capable of securing qualification for major tournaments, and following the country’s latest push we’ve compiled a best XI of players once eligible for selection.

Here is our best Jamaican XI if all eligible players declared for the Reggae Boyz:

Captain of the current squad, Andre Blake currently plays his football in MLS for Philadelphia Union and has been a mainstay of the side in recent years, winning 45 caps.

The 30-year-old has twice been named as MLS’s Goalkeeper of the Year and retains his place in our side ahead Jamal Blackman, the perennial Chelsea loanee currently on loan at Rotherham and a previous international for England at youth level.

The first of seven players in this side to have received full international honours with England, Manchester City full-back Kyle Walker is amongst the leading names of Jamaican descent.

Walker has been one of the Premier League’s leading right-backs in recent seasons, making 229 appearances for Tottenham in all competitions before a £50m move to Manchester City in 2017.

The defender’s move to the Etihad has coincided with a glittering period for the club, winning six major honours including back-to-back Premier League titles in 2018 and 2019, the first of which was won with a record haul of 100 points.

Norwich right-back Max Aarons is another eligible and has reportedly been approached regarding the possibility of a change in allegiance.

Chris Smalling is the first of our hypothetical centre-back pairing for the Reggae Boyz, a player who counts two Premier League titles amongst five major honours won during a decade at Manchester United.

Smalling signed for Roma on loan after falling out of favour with the Red Devils before moving to the Italian capital on a permanent basis, the defender having enjoyed a renaissance since leaving the Premier League despite injury problems this season.

The 31-year-old has not featured at international level for four years, however, winning the last of his 31 caps in a World Cup qualifier against Scotland in June 2017.

One of a number of players reportedly approached by the Jamaican authorities in recent weeks, Mason Holgate could line up for the Reggae Boyz in the near future if he so wishes.

Holgate has represented England up to U21 level but is yet to earn a senior cap, though has featured regularly at Premier League level to become a key figure for Carlo Ancelotti at Everton.

The 24-year-old plays primarily at centre-back but has operated at full-back and in midfield previously, Holgate’s allegiance set to be a major coup for Jamaica if they can persuade the defender to commit his international future.

Jamaica previously tried and failed to persuade Danny Rose to represent the nation, the left-back qualifying through his grandfather but since choosing to represent England.

Rose represented England at various age groups before making his senior debut in 2016, later representing the Three Lions at the 2018 World Cup as Gareth Southgate’s side reached the semi-finals.

Rose’s career has taken a downturn since that tournament, however, with the 30-year-old having fallen out of favour at Tottenham, failing to make a single appearance in any competition this season.

The last of his England caps came in October 2019 and he looks unlikely to earn a recall.

Anchoring our midfield is Kalvin Phillips, who was previously eligible for the Reggae Boyz through his father’s heritage and was understood to have once been open to representing the nation.

Phillips is a player who Jamaica may feel aggrieved to have missed out on, with the midfielder having only broken into the England squad last year after impressing in Leeds‘ promotion from the Championship.

The 25-year-old has since shone after stepping up to the Premier League and has earned four senior caps, Phillips included in Gareth Southgate’s squad for March’s international break.

Oxlade-Chamberlain could have chosen to represent the Caribbean nation through his paternal grandparents, though followed in his father’s footsteps by pledging his international allegiance to England.

The midfielder broke into the senior set-up as a teenager and became the second-youngest player in the country’s history – after Wayne Rooney – to represent England at a European Championship in 2012.

Oxlade-Chamberlain was also included in the squad for the 2014 World Cup and has earned 35 caps for the Three Lions, scoring seven goals.

The leading name from those eligible, Raheem Sterling was born in Kingston, Jamaica, before making the move to England with his mother as a child.

Sterling retains close links to the island but has chosen to represent England internationally, making his debut as a 17-year-old and emerging as one of the nation’s most influential footballers in the nine years that have followed.

The winger shot to prominence at Liverpool before flourishing following a £49m move to Manchester City, his talents honed under the guidance of Pep Guardiola to become one of the most effective wide players in world football.

Sterling has scored over a century of goals for the club and has won two league titles amongst his six major honours, in addition to receiving individual accolades including the PFA Young Player of the Year and FWA Footballer of the Year.

The 26-year-old will be a key figure in England’s hopes of making an impression at this summer’s European Championships, Sterling having scored 13 goals in 58 appearances for the Three Lions.

The star name in the current Jamaican side, Leon Bailey was another born in Kingston before moving to Europe to pursue his dream in football.

Bailey signed for Belgian side Genk as a teenager before impressing to earn a move to Bayer Leverkusen, where he has since established himself as one of the most exciting young players in the Bundesliga.

The 23-year-old possesses lightning speed and skill and has enjoyed an excellent season for the German outfit in 2020/21, scoring 12 goals and providing eight assists in all competitions for Leverkusen this term.

Manchester United, Manchester City, Liverpool and Chelsea have all previously been linked with the winger, who will be looked to for inspiration as Jamaica bid to make an impression in World Cup qualification.

Twice called up by England without making an appearance, Michail Antonio is amongst the names Jamaica are bidding to persuade to represent the nation at present.

Antonio has been an invaluable performer in the Premier League for West Ham in recent seasons, though has enjoyed arguably the best period of his career after being utilised as a centre-forward over the past two campaigns.

The 30-year-old scored 10 league goals last season and has seven for the 2020/21 season to date, his mix of pace, power and endless energy a recipe to unsettle even the best defences.

The final name in our side is Manchester United forward Mason Greenwood, the teenager born in England to Jamaican parents.

Greenwood burst onto the scene last season after scoring 17 goals in all competitions, equalling the record for a Manchester United teenager in a season and becoming the first player in more than two decades to score 10+ Premier League goals aged 18 or under.

The forward is expected to be a mainstay in the England side over the next decade having made his senior debut against Iceland last year, whilst he was included in the U21 squad for the European Championships which start this month, only to withdraw through injury.

Greenwood’s finishing ability on either foot has made him a stand-out prospect despite a more difficult second season at senior level, the forward edging out former Liverpool and Chelsea star Daniel Sturridge for a place in our XI.

Jamaica have pressed ahead with plans to reinforce their forward options at present, however, making approaches for Brentford’s Ivan Toney – the leading scorer in the Championship this season – and Rangers’ star Kemar Roofe, alongside the decision to call up Andre Gray for March’s international break.