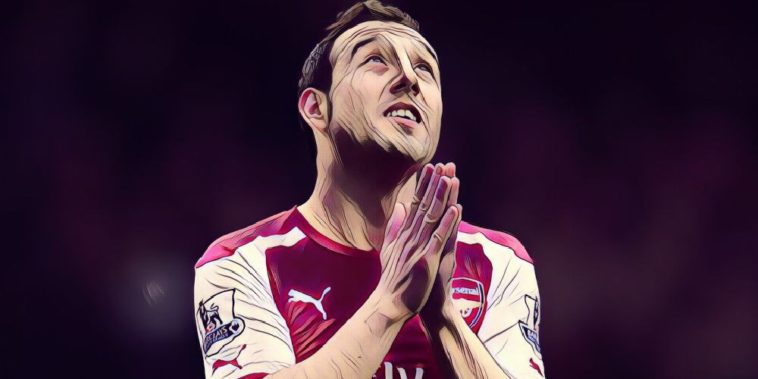 Santi Cazorla says he is ‘eternally grateful’ to Arsenal and has opened up on his frustrations over his exit from the north London side.

The Spain midfielder would spent six successful years at the Emirates after arriving from Malaga, becoming a hugely popular figure amongst the Gunners’ faithful and twice winning the FA Cup.

Cazorla’s later years at the club were blighted by a career-threatening ankle injury, spending two years on the sidelines with the problem before eventually rejoining former club Villarreal on a free transfer in 2018, since going on to enjoy a renaissance upon his return to Spanish football.

The 35-year-old has even worked his way back into the Spain national team and is hopeful of making their squad ahead of this summer’s European Championships, though admits his Arsenal departure remains a source of frustration.

“It was frustrating to not be able to say goodbye to a club who treated me so well,” he told BBC Sport.

“It is something left in my career to say goodbye properly. I am eternally grateful to the club and the fans for the way they continue to treat me.”

Having entered the twilight of a career that once looked in serious doubt, attentions have now turned to a career post-football. Cazorla admits he is undecided on his next move upon his retirement from the game, though insists he wants to remain in football in some capacity when he eventually hangs up his boots.

“I am undecided what I want to do when I retire. Being a sporting director appeals to me more than coaching but I want to be involved in the game, whatever feels right for me at the time.

“I have no plans in the short term to go anywhere or play abroad but I would never shut those doors. I am focused on ending the season with Villarreal.”