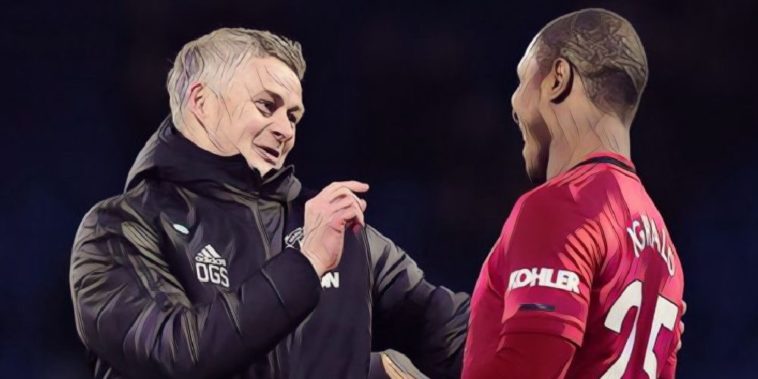 Ighalo signed for the club on deadline day of the winter window and made his debut as a late substitute against Chelsea on Monday night, the forward having joined on a loan deal from Chinese Super League side Shanghai Shenhua until the end of the season.

United travel to Belgium to face Club Brugge in the first leg of their Europa League Round of 32 tie this evening, and Solskjaer has revealed that the Nigerian international is in contention to make his full debut for the club.

“I won’t tell the team today but we will have to rotate with all the games coming up,” Solskjaer said at his pre-match press conference.

Odion Ighalo became the 2⃣0⃣0⃣th player to feature in the #PL for @ManUtd, and the first Nigerian ??#CHEMUN pic.twitter.com/w7vZarUNEF

Solskjaer sealed a deal for the 30-year-old late in the January transfer window to bolster his depleted attacking options, and insists Ighalo can offer his side a ‘different’ option in comparison to the club’s current forwards.

“Odion is a different type of striker,” Ole added.

“We have seen him in training. He knows how to play as a centre-forward – he’s a fantastic professional and human.

“We need to give him as much game time as possible.”