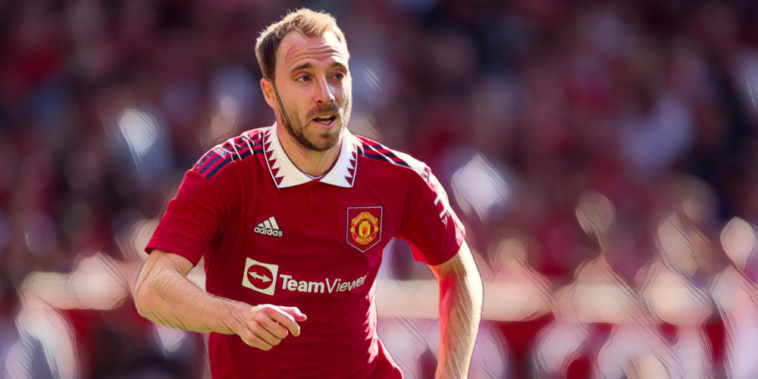 Christian Eriksen has revealed a number of Manchester United managers have tried to sign him in the past, after finally completing a move to the club this summer.

Eriksen has completed a free transfer move to the Red Devils after his contract with Brentford expired, with the midfielder having made his debut during Saturday’s 1-0 loss to Atletico Madrid before featuring 24 hours later against Rayo Vallecano in United’s final pre-season fixture before the Premier League season.

The 30-year-old has revealed that United first expressed an interest in signing him during his six-and-a-half season spell at Tottenham, admitting that he held talks with a number of former Manchester United managers over the prospect of moving to Old Trafford.

“Even when I was at Spurs, I’ve spoken to every manager who’s been here at Man United to see what the situation was,” said Eriksen.

“But I was at Spurs at the time and I really couldn’t see myself playing in another English team at that time. I went abroad and went to Inter.

“So, it’s been on the books, well, not on the books but it’s been spoken about. For me, it wasn’t the right timing, it wasn’t there and I was at a place at Spurs for a long time and I wanted to try something abroad and I went to Inter and ended up having a lovely time.

“But then obviously something happened in the summer and that changed a bit the career path I had in mind, and then obviously to come back to Brentford, first of all, and then to be here is something I didn’t think could happen a year ago.”

Eriksen was linked with a return to Spurs this summer, before becoming one of Erik ten Hag’s first signings as United manager.

The Denmark international admitted a return to north London ‘wasn’t really a thing’ despite some talks with his former side and revealed United’s strong interest led to his move to Manchester.

“That was only talk, they never really came with anything so it wasn’t really a thing for me to go back to Tottenham at the time and Man United were very early on, very positive and I had good conversations.

“It was very positive from the first few phone calls already and the club felt like they wanted me, so it was on for a long time.”