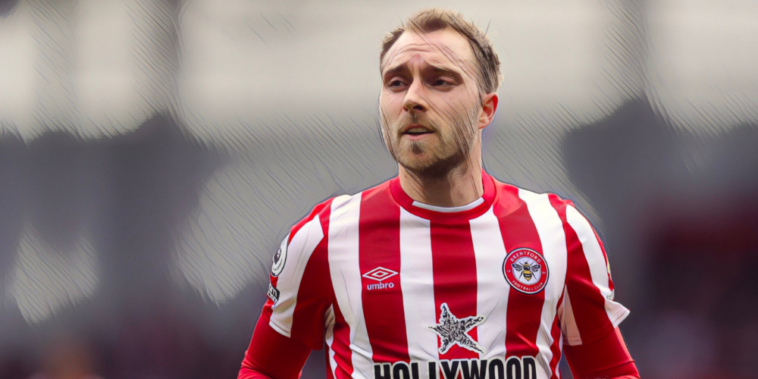 Manchester United’s move for Christian Eriksen is ‘progressing positively’ as the club look to make the midfielder their second summer signing.

United are hopeful of completing a deal to sign Eriksen on a free transfer following his departure from Brentford, with the Denmark international having agreed a three-year deal at Old Trafford.

According to Sky Sports, the 30-year-old is expected to be confirmed as a United player upon the completion of a medical, having turned down interest from across Europe to agree a deal with the club.

Eriksen starred after making his return to football last season, helping Brentford climb away from the Premier League’s relegation places.

The midfielder was understood to be settled in London and considered extending his deal with the Bees, but has been persuaded to join Erik ten Hag and United next season.

Eriksen trained with Ten Hag’s Ajax last season as he made his return from a cardiac arrest suffered while representing Denmark at last summer’s European Championship.

United also remain in talks with Ajax over a deal for Lisandro Martinez and have an interest in the defender’s teammate Antony, whilst club officials flew to Barcelona this week to accelerate negotiations over a move for midfielder Frenkie de Jong.