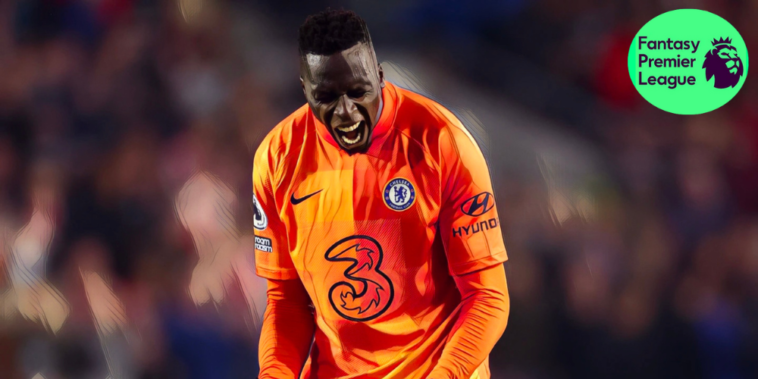 Fantasy Premier League is back for another season and as the campaign fast approaches, managers will be seeking to build the perfect squad for gameweek one.

Finding assets at great value is key to building a successful side in FPL and ahead of the new season we’ve picked out five players who could prove fine additions to your side.

Here are five of the best priced Fantasy Premier League assets in 2022/23.

Luis Diaz’s immediate impact at Liverpool has not resulted in a big price increase, with the Colombia international priced at a reasonable £8m in 2022/23.

Diaz scored four goals and provided three assists in 11 league starts for the Reds last season, having hit the ground running in the Premier League following his January arrival from Porto.

The 25-year-old ousted Diogo Jota from the starting side, while the departure of Sadio Mane this summer should make Diaz an automatic selection in Jurgen Klopp’s side this season.

There were plenty of dazzling @LuisFDiaz19 displays in the 21/22 season 🤩✨ pic.twitter.com/X11O1QGvPc

Diaz’s numbers were impressive for a new arrival into the Premier League, averaging 4.9 points per match in FPL. At £5m cheaper than Mohamed Salah, he is a more cost-efficient way into Liverpool’s front three, with the Red beginning the season with a favourable run of fixtures.

Given the winger has six months of adaptation behind him and scored 14 goals in just 18 league appearances for Porto last season, there is potential for Diaz to make a mockery of his £8m price-tag.

Edouard Mendy’s price point of £5m has made him the most popular goalkeeping selection in FPL so far, with the Senegal international cheaper than each of Alisson, Ederson and Hugo Lloris (all £5.5m).

Mendy recorded 14 clean sheets in the Premier League last season, ranking behind only those three goalkeepers in the race for the division’s Golden Glove.

However, Chelsea’s record 33 goals conceded was the third-best defensive record in the Premier League, while the west London club’s expected goals against (xGA) also ranked third and was just marginally inferior (35.12) to the figures posted by runners-up Liverpool (32.73).

Edouard Mendy (£5.0m) is currently the most owned goalkeeper in #FPL, with 23.6% of teams selecting him 🔝

Which goalkeeper have you got in place for GW1? 🙌 pic.twitter.com/GNEyBJyzzU

Much will depend on how Thomas Tuchel replaces the departed Antonio Rudiger and Andreas Christensen before the closure of the transfer window, as Chelsea look to regain the solidity of the German’s early reign.

Riyad Mahrez enjoyed the most productive season of his career last term, finishing as Manchester City’s leading scorer with 24 goals in all competitions.

Mahrez’s form came despite struggling to command an automatic role in Pep Guardiola’s side, a scenario which has contributed to his mid-range price-tag of £8m in FPL.

The Algerian’s 135 points in 2021/22 came despite making just 15 league starts, in which the winger provided 16 goal involvements.

He's won the #PL title in three of the four seasons since 🤯 pic.twitter.com/W1bUjuLx6z

His average of a goal or assist every 93 minutes bodes well ahead of the new campaign, given his direct competition for a place has been reduced following the exits of Gabriel Jesus and Raheem Sterling.

Mahrez should start the season as first-choice on the right of Manchester City’s forward line, with the inexperienced Cole Palmer providing competition.

Gabriel Jesus has decided on a new challenge this summer, signing for Arsenal from Manchester City in search of regular first-team football.

A prominent role in north London makes Jesus an attractive asset, with only Erling Haaland having so far been selected in more FPL teams among forwards.

Jesus struggled for regular minutes at City, but compiled an impressive goal record after netting 95 times in just 151 starts across all competitions.

62% of Jesus's apps were starts – other 6 players started in at least 82% of their apps pic.twitter.com/HPL2QeO2j9

Jesus was involved in a goal every 117.4 minutes last season, while Arsenal also boast a favourable opening run of fixtures and face just one of last season’s top six in their first eight games.

Given a central role in Mikel Arteta’s youthful side, he could prove the best mid-priced forward in FPL this season.

Marcus Rashford is one of the biggest price fallers of the 2022/23 FPL campaign, dropping £3m from his starting price last season.

Rashford’s fall represents his own decline across the past 18 months at Manchester United, with the England international having struggled for form, fitness, and favour at Old Trafford.

The 24-year-old made just 13 league starts last season, scoring four goals and providing two assists. The new season represents a fresh slate for Rashford however, who will hope to improve under Erik ten Hag and become a key part of the new regime.

Rashford scored 43 goals in all competitions across the previous two campaigns and a return to that form will make him a must-have in FPL.

Categorised as a midfielder, he could yet find himself featuring in a centre-forward role on occasion should Cristiano Ronaldo engineer an exit this summer.

Rashford represents a risk given his fall from grace last season, but he is one to consider should there be pre-season glimpses of returning to his finest form.