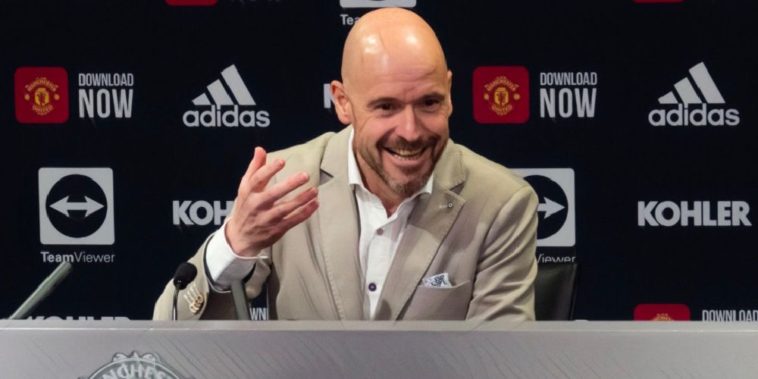 Erik ten Hag has insisted that ‘eras come to an end’ as the Manchester United manager looks to end Pep Guardiola and Jurgen Klopp’s domination of English football.

Ten Hag has addressed the media for the first time since his appointment as manager at Old Trafford, with the Dutchman discussing his task in rebuilding the Red Devils.

The former Ajax coach spoke on his admiration for Premier League managerial rivals Guardiola and Klopp, who have dominated the landscape in English football at Manchester City and Liverpool in recent seasons.

City secured a fourth Premier League title in five seasons on Sunday, whilst Liverpool are aiming to add the Champions League to League Cup and FA Cup successes this season.

“I admire them both,” Ten Hag said on Guardiola and Klopp. “They play fantastic football. But eras come to an end.”

The 52-year-old was then pushed as to whether that era could be ended before the pair leave their current jobs, to which the Dutchman said: “I think so, yes.”

Ten Hag discussed the playing style he will look to implement at the club and suggested his Ajax team will provide the blueprint for his plans.

“I think we have to work,” he said. “We have to set clear purposes, a clear strategy and you need people who have capabilities, and have the right attitude – a positive attitude – 100% committed and work hard, and we will achieve success.

“It’s always players dictating the way of play. I have the idea, I will line up my best team.

“I will line up my players like that, to get the best out of them. To feel comfortable in the role. Getting success together.”