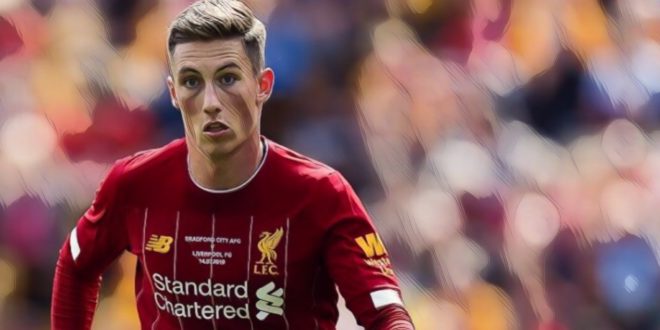 Liverpool are set to allow Harry Wilson to leave the club on loan with Swansea in ‘pole position’ to sign the winger ahead of the domestic window deadline.

Wilson returned to the Premier League champions this summer following a productive loan spell at Bournemouth last season but has failed to force his way in Jurgen Klopp’s plans, the Reds having been open to offers for the Welsh international throughout the summer months.

Liverpool are believed to value the 23-year-old in the region of £20m, though no clubs were prepared to match that asking price in the midst of a pandemic-impacted market, with Burnley seeing an offer of around £12m plus add-ons rejected late in the window.

According to Goal, Wilson’s failure to secure a permanent move away has softened the club’s stance regarding a loan move this season and the Reds are prepared to sanction another temporary stint as a host of Championship clubs circle – the window for domestic transfers remaining open until October 16.

Swansea have emerged as the favourites to sign the player as they seek additional goal threat and creativity, with Liverpool having been impressed by the club’s handling of another loanee in Rhian Brewster last season, the England U21 international scoring 11 goals in 22 appearances to fire Steve Cooper’s side into the play-offs.

Cooper previously worked as an academy coach at Liverpool and won plaudits for his nurturing of young talent during his role with England’s youth sides, guiding the U17 side – including the likes of Brewster, Phil Foden and Jadon Sancho – to World Cup success three years ago.

Swansea, who have made a promising start to the season as they seek promotion, are likely to face competition from a host of sides with Derby County – alongside the likes of Cardiff and Nottingham Forest – also believed to be keen on resigning a player who previously enjoyed a loan spell at Pride Park.

Wilson spent the 2017/18 campaign with the Rams and starred in the second tier, scoring 18 goals in all competitions.