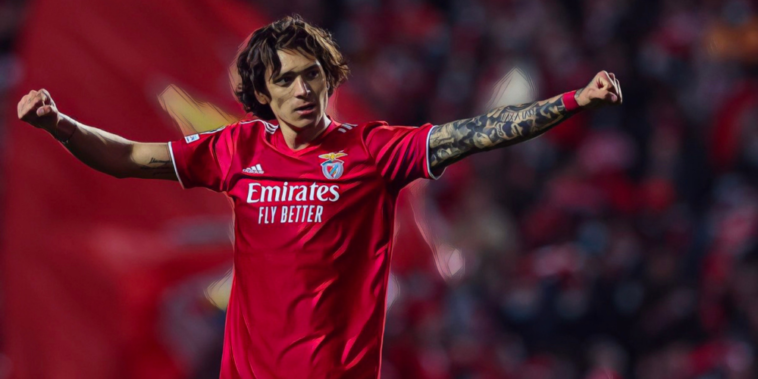 Premier League sides are facing an ‘uphill battle’ to sign Benfica forward Darwin Nunez this summer, with a move to Spain deemed the most likely scenario.

Nunez has emerged as one of the most exciting young forwards in Europe at Benfica and has scored 26 goals in 33 appearances for the Portuguese side this season, with a whole host of English clubs monitoring his situation.

Manchester United and Arsenal are understood to be among the sides considering an approach, whilst West Ham saw a bid to sign the 22-year-old turned down during the January transfer window.

Brighton also failed in a move to sign Nunez last summer, whilst Newcastle are also interested as the Magpies’ new ownership looks to invest at St James’ Park.

Despite interest from England, the Telegraph are reporting that a move to Spain is the most likely outcome for Nunez with Atletico Madrid long-term admirers.

Benfica are understood to want a fee in the region of £60m for the Uruguay international, who arrived in a club-record £20m deal from Almeria in 2020.

Manchester United and Arsenal are both in the market for centre-forward additions this summer, though the hopes of both sides in the race to sign Nunez could hinge on Champions League qualification.

The forward has shone for Benfica in this season’s competition, including scoring the decisive goal against Ajax in the last-16 to set up a quarter-final meeting with Liverpool in April.