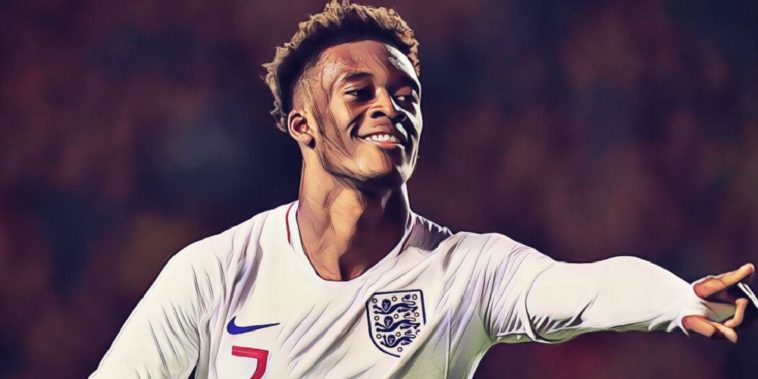 Hudson-Odoi starred as Boothroyd’s side thrashed Austria 5-1 to maintain their perfect record in Euro 2021 qualifying, scoring twice on what was his first competitive start for the U21 side.

The 18-year-old Chelsea starlet has twice been capped for the senior side, becoming the youngest-ever player to make their debut in a competitive match when he featured against the Czech Republic in March, though was included in the U21 side as he steps up his rehabilitation from a long-term Achilles injury.

Following his performance which included a well-taken brace, Boothroyd was full of praise for the winger’s impact and praised Hudson-Odoi’s attitude after joining up with the Young Lions.

“He’s been brilliant for us, if a player was a senior and then came back down to us they could be moody but he has been first class, on and off the pitch,” Boothroyd said in his post-match press conference.

“If anything in both games he was almost trying too hard, things don’t come off but what he did tonight was exceptional.”

Hudson-Odoi completed 87 minutes before being replaced by Conor Gallagher, and Boothroyd is confident the youngster can continue to develop as he works his way back into the first-team at Stamford Bridge.

“He gets his minutes with us and I’m sure he’ll do well at his club team,” he added.

“He is in a brilliant place, learning off a great coach and I know because he has said he is enjoying being there at such a big club and when he comes to us he is ready and fresh hopefully we can send him back as a better player.”

Read: The underperforming Premier League XI of the season so far