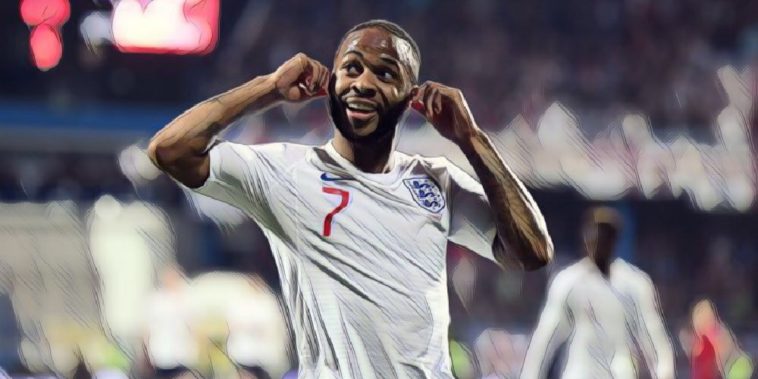 England stars have agreed to walk off the pitch and abandon the game should they receive racist abuse from the stands in their upcoming internationals.

Gareth Southgate’s side continue their qualification campaign for Euro 2020 with a clash against Czech Republic on Friday, before travelling to face Bulgaria in Sofia on October 14.

The meeting with Bulgaria will see part of the stadium closed after the home fans were found guilty of racist abuse during June’s qualifiers with Kosovo and Czech Republic, and the England boss has held a meeting with his players ahead of the trip on what action will be taken should chants be heard.

England players, notably Raheem Sterling, were subjected to racist abuse during their win in Montenegro in March, and the squad are prepared for the prospect of further abuse in the forthcoming fixtures.

UEFA have implemented a three-step protocol in order to combat racist behaviour, which includes the referee calling for a PA warning to the crowd should he be notified of racism within the ground, before the referee eventually calls a halt to the game should it persist.

However, England and Chelsea forward Tammy Abraham has revealed that the side could opt to defy the protocol, with captain Harry Kane having backed plans to walk off should any of the side receive racist abuse.

“Harry Kane even said that if we’re not happy, if a player is not happy, we all come off the pitch together.”

The England squad held a meeting to discuss UEFA’s three step plans, though Abraham has revealed that Southgate’s side will decide amongst themselves how to combat any potential abuse.

“We did speak about that [the protocol],” Abraham added. “Harry Kane did ask the question about instead of going through the three steps, if we decide that we want to stop the game – no matter what the score is – if we’re not happy with it, as a team we’ll decide whether or not to stay on the pitch.

“If it happens and let’s say there’s a warning or whatever in the stadium, then it happens again, we have to make a decision as a team and with the staff.”

Trent Alexander-Arnold backed the plans for England’s players to decide as a team the course of action that should be taken, the full-back discussing the importance of unity in combating racist abuse.

“If it does get extreme we may have to take a different action,” the Liverpool full-back said.

“It’s a team decision, one that we all need to make. It doesn’t matter if one player is abused or the team – we are one group.

“Nobody should be made to feel uncomfortable on the pitch. Everyone should be given the chance to play in a fair environment. We are a team. If one person is abused then we all are, we are one big family.”