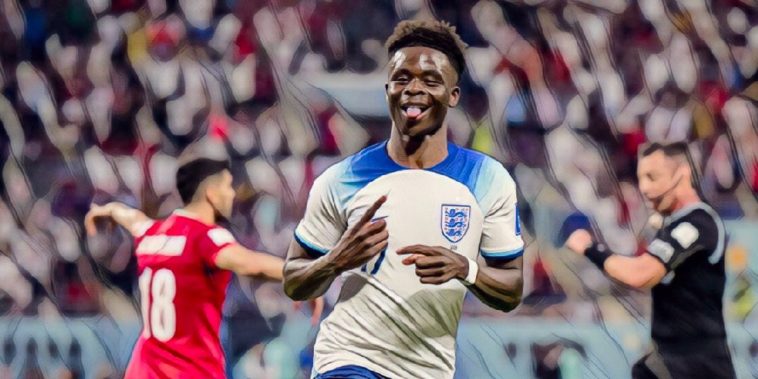 Bukayo Saka is set to sign a new long-term deal at Arsenal that will place the winger among the club’s highest-paid players.

Arsenal are keen to reflect the increasing importance of the academy product with a new contract and have been in negotiations with Saka’s representatives over a long-term deal at the Emirates.

The 21-year-old has emerged as one of the Premier League’s most exciting talents in recent seasons and has been named as Arsenal’s Player of the Season in each of the past two campaigns. He was also acknowledged as England’s Player of the Year for the 2021/22 season.

Saka is currently with Gareth Southgate’s squad at the World Cup and underlined his growing status at international level with two goals as the Three Lions began their campaign in Qatar with a 6-2 win against Iran.

The Mirror are reporting that Arsenal are keen to fend off interest from Europe’s top clubs in Saka, with an offer that will treble his wages. A number of clubs are monitoring Saka’s situation with his current contract set to expire in 2024. The winger has shone during a superb start to the season for Arsenal, who top the Premier League table.

He is one of several stars that Arsenal are looking to secure to new long-term deals, with the north Londoners also in negotiations with Gabriel Martinelli and William Saliba.