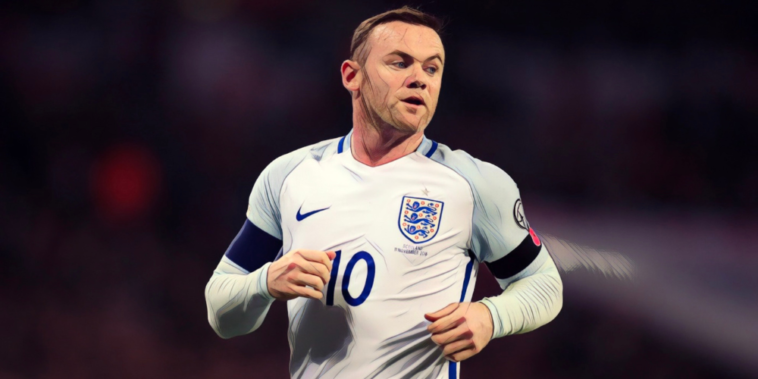 Harry Kane is chasing international immortality and England’s all-time goalscoring record, with the Three Lions captain having registered his 50th goal for his country in the 1-1 draw with Germany last week.

Kane has been a prolific presence for the national side since making his England debut, becoming just the second Englishmen to win a World Cup Golden Boot in 2018.

As he edges ever closer to a record-breaking number of goals for the Three Lions, we’ve decided to look at England’s leading goalscorers of all time.

An England international for a decade and member of the squad for five major tournaments, Owen made his international debut in 1998 before going on to truly announce himself at the World Cup in France later that year.

Owen burst onto the scene at the tournament with a stunning solo goal against Argentina, with the iconic image of the teenage forward racing through to score remaining one of the most memorable in the Three Lions’ modern history.

When @themichaelowen announced himself on the world stage at just 18 🙌#TBT | @England pic.twitter.com/gbbRzQqkC6

Owen was one of Europe’s deadliest forwards at the turn of the century and scored a stunning hat-trick in England’s famous 5-1 victory over Germany in September 2001, a year which ended with the Liverpool forward named as winner of the Ballon d’Or.

Injuries, including a cruciate knee ligament injury sustained at the 2006 World Cup, impacted his latter years as he finished his international career having scored 40 goals in 89 caps.

The greatest goalscorer in English league history with 357 goals, Jimmy Greaves carried his prolific form onto the international stage with England. He made his debut as a teenager in 1959, scoring in a 4-1 defeat to Peru, before going on to establish himself in the team with consecutive hat-tricks against Northern Ireland and Luxembourg the following year.

He was the first choice forward as England hosted 1966 World Cup, starting all three group games before suffering a nasty shin injury in the final game against France.

His replacement, Geoff Hurst, scored the winner in the quarter-final and kept his place until the final, scoring a famous hat-trick as England were crowned world champions with a 4-2 win over West Germany at Wembley.

Greaves was later awarded a World Cup winners’ medal after a change in Fifa rules in 2009. He holds the record for the most England hat-tricks with six, and finished his career with 44 goals in just 57 caps.

He incredibly averaged a goal every 117 minutes with England, whilst none of his 44 goals came from the penalty spot.

A prolific goalscorer at club level with clubs such as Everton, Barcelona and Tottenham, Lineker was the focal point for the England team during an eight-year international career. He became the first Englishmen to win a World Cup Golden Boot at the 1986 World Cup in Mexico, scoring six goals during the Three Lions’ run to the quarter-finals.

His hat-trick against Poland in that tournament remains the second-quickest in World Cup history and one of just three scored by an England player at the finals.

As he celebrates his 60th birthday today, we analyse our wealth of historic World Cup data to show what made @GaryLineker so lethal in front of goal. pic.twitter.com/3b1JQneHnd

In a pre-tournament friendly against Brazil prior to Euro 92, Lineker famously missed a penalty that would have seen him tie the national team’s goalscoring record. In what would prove to be his last match for his country he was substituted against Sweden, denying him the opportunity to equal or surpass the landmark.

A vital member of the 1966 World Cup winning squad, Charlton is widely regarded as one of English football’s greatest ever players. He marked his England debut with a goal against Scotland in 1958, just two months after surviving the Munich air disaster.

The midfielder followed that up with a brace against Portugal in his next game was surprisingly an unused squad member during England’s 1958 World Cup campaign.

Eight years later, Charlton arrived at his third World Cup established as one of the world’s finest footballers. He was instrumental in England’s success on home soil and scored three times, including a brace in the semi-final win over Portugal.

#OnThisDay in 1970, Sir Bobby Charlton marked his 100th appearance for the #ThreeLions with a goal against @NorthernIreland. pic.twitter.com/4nkFDftJNB

Charlton’s performances saw him named as winner of the Ballon d’Or in 1966 and he retired following the Three Lions’ failed defence of the World Cup four years later, departing the international scene with 106 caps and 49 goals, each of which were records at that time.

Harry Kane is closing in on the all-time goalscoring record for England, with his late penalty against Germany having made the Tottenham forward the second player to reach 50 goals for the Three Lions.

Kane made his debut for England in 2015 and has since scored 50 goals in just 72 caps, a haul which includes becoming just the second Englishmen to win a World Cup Golden Boot in 2018. Kane is the favourite to win the Golden Boot at the 2022 World Cup with odds of 8/1, which is around the same as England’s odds to win the World Cup

50 @England goals. So so proud. Treasure each and every one of them. Never take it for granted. Important point away from home against a tough team. Let’s keep working 💪🦁🦁🦁 pic.twitter.com/19cnN2eeQZ

Kane was named as captain of the national side ahead of that tournament and his goals helped England to the semi-finals, before leading Gareth Southgate’s side to their first major tournament final since 1966 at Euro 2020 last summer.

He has averaged 0.69 goals-per-per game for England, a figure only Jimmy Greaves can better among players to have scored more than 30 goals.

Remarkably, just six of Kane’s goals have come in friendlies with his 44 competitive goals an English record.

A teenage prodigy, Rooney became the Three Lions’ youngest ever goalscorer when he opened his account against Macedonia aged 17 years and 317 days in September 2003.

He truly burst onto the scene at Euro 2004, scoring four times in the group stage, before a quarter-final injury against Portugal prematurely ended his, and perhaps England’s, hopes of success in the tournament.

He appeared in six major tournaments, but never again reached the heights of his Euro 2004 performances as England’s ‘Golden Generation’ failed to live up to their potential.

Rooney remained a regular goalscorer for England however, and inherited the Three Lions captaincy in 2014. He equalled Sir Bobby Charlton’s goalscoring record with a penalty against San Marino in 2015.

Three days later he claimed the record outright, with another penalty taking him to 50 international goals. He remains England’s most capped outfield player (120), trailing only Peter Shilton, and their highest ever goalscorer with 53 goals.