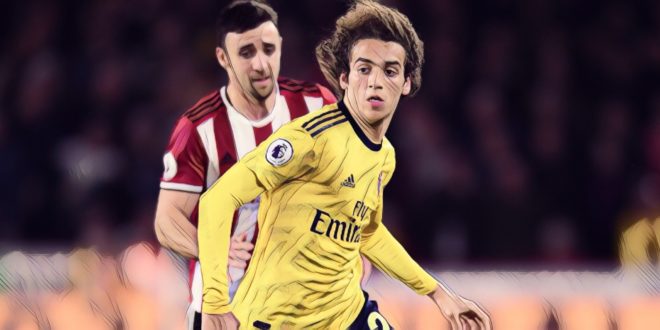 Emery reckons Arsenal ‘did not deserve to lose’ against Sheffield United

Unai Emery thought Arsenal ‘did not deserve to lose’ after seeing his side slip to a 1-0 loss to newly-promoted Sheffield United.

It was a memorable night under the South Yorkshire floodlights for the home fans, Lys Mousset’s 30th-minute close-range effort helping lift the Blades up to ninth, level on points with last season’s Champions League finalists, Spurs.

While the possession stats suggested it was a one-sided, backs to the wall type of game, the newly promoted hosts were more than a match for Unai Emery’s side, who were once again unable to turn around a half-time deficit in the Premier League away from the Emirates, a record which dates back to October 2011.

Under Emery, Arsenal have kept just two clean sheets away from home, and while the Gunners boss admitted his side need to improve, he thought that they were unlucky to walk away empty handed. The Spaniard also thought his side should have been awarded a penalty, VAR once again not overturning a contentious on-field refereeing decision when Sokratis appeared to have his shirt pulled inside the box.

“We did not deserve to lose and we conceded a lot of corners in the first half and they scored in one action,” Emery told Sky Sports.

“Above all, we have to improve by not allowing balls like that. When we have our opportunities to attack, we created more chances than them but did not score today. We deserved more from the game but they have conceded the least goals in the Premier League and it was going to be difficult if they scored first. We tried in the second half, created three good chances to score.

“The scorer was with our goalkeeper and we had three players free to attack the ball. They gave us a key moment – the goal and another one when we should have had a clear penalty on Sokratis.

“Bukayo Saka drives forward but I do not know if it was a penalty. It is a hard action for a yellow card. With VAR, the foul on Sokratis should have been reviewed. it was clear but we have to accept it.

“We did not deserve to lose and we will think about where we can improve. When we were losing 1-0, we controlled the game but and defended well but they had a lot of players in their box so it was difficult to achieve attacks. We created three or four chances and we spoke about scoring one goal, we could have controlled it better if we did.

“We have challenges in each match. Tonight we had a big challenge to get the three points. We are playing some young players who are taking experience but the most important thing is to win. The result is one thing, but we can analyse positively.”