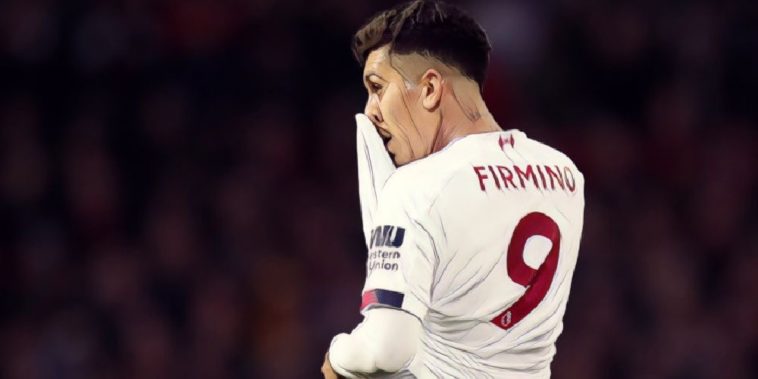 After yet another mundane and largely unloved international break, the Premier League made a welcome return for its ninth round of fixtures in this new season.

There was plenty of drama and top quality action to spool through this weekend, and here’s a look at five things we learned from the best of it.

For the champions, Saturday evening at Selhurst Park was all about taking three points and getting back on track after their shock loss to Wolves last time out. While the attention has been on their defensive deficiencies this season, Saturday was a welcome distraction as they were able to showcase once again, their remarkable strength in depth going forward.

Gabriel Jesus was excellent for Man City as they rolled up their sleeves for a win over Crystal Palace. The 22-year-old showed yet again, that his link-up play and work ethic are both top-notch at the moment.

His summer performances in the Copa America for Brazil showed just how confident the youngster is and after scoring his 50th goal in all competitions for City over the weekend, Pep Guardiola can at least relax about the options he has in his forward line this season.

In a frustrating match for the home side, Chelsea were forced to dig in at Stamford Bridge as Steve Bruce’s Newcastle opted for the same approach that earned his team a shock victory away at Spurs earlier in the season.

For a young, flamboyant team, it would have been easy for that frustration to bubble over which would have played into the hands of the encamped away side. However, Frank Lampard had his two midfield generals to thank against Newcastle as Jorginho and Mateo Kovacic kept possession ticking over and allowed their side to patiently build attacks and probe for openings.

Both players have had their critics at the club but their experience and technical brilliance on the ball was huge as Chelsea ground out a massive victory.

Yet another Jorginho Clinic. pic.twitter.com/8y8fXncYmt

After seeing two of his goals chalked off during the first half at Molineux during a lively encounter with Southampton on Saturday, Wolves forward Raul Jimenez refused to sulk or go hiding.

The big Mexican number nine continued to boss the Southampton defensive lines and was nigh on impossible to contain for the entirety of the match.

Jimenez constantly occupied spaces between defenders as well as playing intelligently off the shoulder of his marker. He took his penalty superbly as well as Wolves impressive home form of just one defeat in their last 13 matches at Molineux, shows no signs of abating.

Raul Jimenez scored one and had two disallowed as Wolves were held at home by Southampton.

Spurs get very lucky after lacklustre display against Watford

For 86 minutes Spurs fans must have been tearing their hair out as they watched their side put in yet another painful display. A late Dele Alli equaliser may have spared their blushes but it only papers over the cracks as they were put on the back foot against Watford for the larger part of this clash.

The Hornets have now created a staggering 90 chances in the Premier League but they have just five goals to their name and their failure to put a fragile Spurs side away came back to haunt them on Saturday. They will feel mightily aggrieved though after VAR failed to award a blatant penalty following Jan Vertonghen’s trip on Gerard Deulofeu, and that’s not to mention the ‘No Goal’ chaos for Alli’s equaliser.

Spurs will take a point at this stage but they look currently look a million miles from the swashbuckling side we’ve come to see under Mauricio Pochettino.

Chris Kavanagh and VAR have everyone confused at the Tottenham Hotspur Stadium as Dele Alli equalizes for the hosts…eventually! 🙄 pic.twitter.com/199C33w7ia

All the talk going into this titanic fixture was centred around whether Liverpool could break their Old Trafford hoodoo and win a first Premier League away match against Manchester United since 2014. Long story short, they couldn’t.

To their credit, Manchester United pressed Liverpool and had the league leaders genuinely rattled during a contentious first half. Marcus Rashford’s goal was allowed to stand after the referee failed to pick up a foul on Divock Origi in the build-up, with VAR not deeming it a clear and obvious error. However, despite all their protestations, Liverpool just couldn’t click.

It was clear that Jurgen Klopp needed to bring his crucial number nine Roberto Firmino into the action but nothing seemed to do the trick as the Reds continued to toil and make life too easy for their hosts. The Brazilian was far too peripheral and failed to orchestrate the lovely link-up play that has become a hallmark of Liverpool’s style this year.

A late equaliser from Adam Lallana was enough to keep the Red’s unbeaten start alive and is a testament to their recent mentality as a collective. However, they will be disappointed to be heading back down the M62 with just a point to their name.