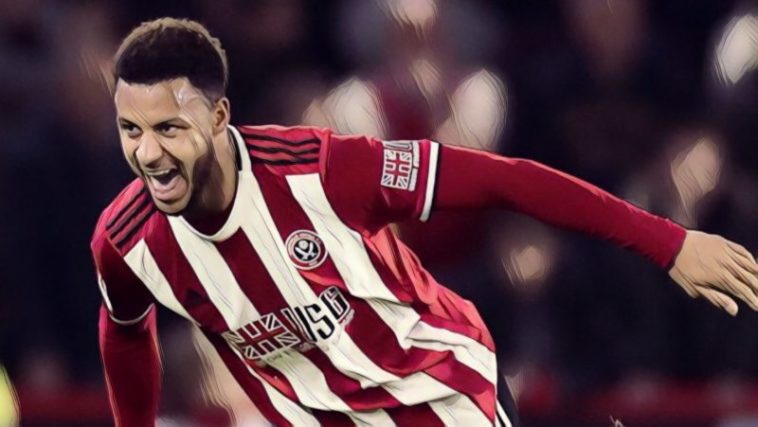 Chris Wilder was delighted with his side’s performance, Sheffield United winning 1-0 over a toothless Arsenal side at a raucous Bramall Lane.

The South Yorkshire side have already earned plenty of admirers for their style of football following their return to the top flight, and were unlucky to be beaten by league leaders Liverpool recently, with a goalkeeping error the only difference between the two sides on the day.

With another of the traditional Premier League top six rocking up in the Steel City, Chris Wilder’s side certainly put in another impressive display, and were full value for their 1-0 win over Arsenal, Lys Mousset’s 30th minute strike the difference between the two sides, and the Stocksbridge born boss said it was a ‘big three points’, the win propelling the Blades up to ninth.

“To host a game like this, the magnitude, to play like that and get the win,” Wilder told Sky Sports. “We limited them to few chances and backed up a good performance with a good result. We did not get that a few weeks ago against the European champions but three points is a great reward for the players.

“It is absolutely crazy that we can open up against Arsenal. We saw their ability, skipping round our challenges so we had to balance it in and out of possession. Getting ahead gave us something to hang on to. Dean Henderson made a couple of saves but it has tipped from the Liverpool game where we should have got something and tonight we did and we deserved it.

“If people had watched us in the Championship last year, we tried to play our own way and we tried to stick to our identity this year but we have to tinker our approach, especially in the middle of the park. We have get the balance right, we have not been as clinical as we would like but we try to play when we can. We will try to win by any means, go long if we have to or play the press. It is not the biggest result in the club’s history but a great one because it has been a difficult journey to get here.

“We have to look at every game on its merits and we are solid defensively. We want to go forward and drive their best players back but it is an incredible difference from the Championship. This was always going to be a game where we had to make sure we did our job defensively and kept our shape. We had some decent opportunities and made up we got the result. We are not talking about plaudits, we want points and it is a big three points tonight.

“Whatever is put in front of us, we have to attack. People look at the stats, the away form has not been great but two promotions in three years and we are against big hitters in managers and teams. We are quite happy that they have not scored and it was a good all-round performance form us. The atmosphere at the end drove us to get the three points.

“Every game we will try to get something from. I know it is quite boring from me, but that is where it is at. Accumulation of points, if we can stay in the division then fantastic. We have to ask questions of team who come to Bramall Lame, we are up for the battle and delighted with the points total so far.”