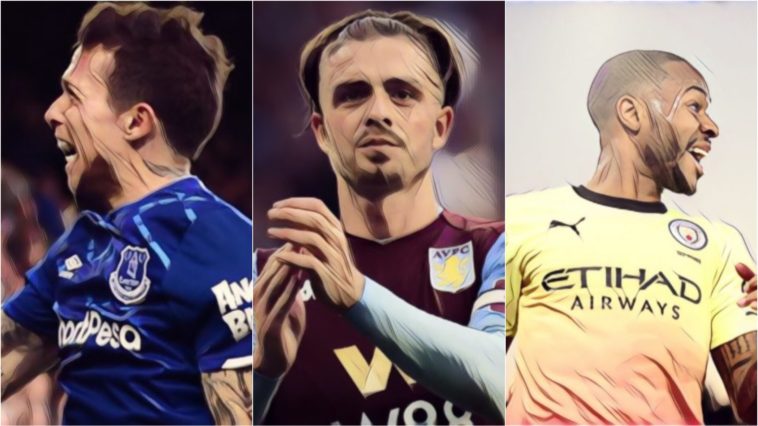 Leicester City paid a wonderful tribute to their late chairman Khun Vichai, who died in tragic circumstances a year ago this week.

Remembering Khun Vichai and the four others who lost their lives 💙 pic.twitter.com/Ctbk3OUMvH

It pains me to say it, but Jack Grealish was excellent against Brighton at the weekend. Granted, Aaron Mooy’s sending off helped, but he really is the cog that makes everything in this well-oiled machine tick.

The local lad opened the scoring with a nice finish, and he set up the winner for Matt Targett in the 95th minute of the match. Grealish shouted at the full-back to leave the ball for him as it came out wide, before drawing in a defender to give Targett space to run into. The pass was spot on, the finish even better.

At the beginning of the season I predicted that Aston Villa would struggle this season, reckoning they would likely finish anywhere from 20th to 16th. In recent weeks, however, Dean Smith has managed to sort out the defence without sacrificing much in the way of their attacking output. The job he has done in just a year with the Villains is incredible.

Premier League Team of the Week for Gameweek 9

Unique. That’s the only word I can come up with that comes to describing the goal Bernard scored for Everton last Saturday.

The Brazilian was seemingly one-on-one with the West Ham goalkeeper, then mystifyingly cuts back in, before presumably realising the mistake he’d made and going back out again. By this stage he’s actually turned it into a more difficult chance, but he somehow squeezes past the goalie at an impossibly cute angle.

A magnificent long-range goal from Gylfi Sigurdsson made it 2-0 in injury time, likely saving Marco Silva’s job, for the time being at least.

For those who think Raheem Sterling only offers speed and tap-ins, check out this perfectly weighted chip pass to set up David Silva for Manchester City‘s second goal against Crystal Palace.

CITY AT THEIR BEST! 🤩

Five things we learned from gameweek 9 of the Premier League

In the same game, Ederson pulled of this brilliant save from a Christian Benteke header, pushing the effort onto the bar. Best goalie in the Premier League right now?

Tom Davies somehow conspired to miss a gilt-edged chance against the Hammers; he received a low cross just three yards out from goal, but tapped it straight back to the goalkeeper.

Luckily for him it didn’t cost the Toffees any points, nor should it detract from the fact that he had an excellent game.

Brothers who played together at the same Premier League club

Watford completely outplayed Tottenham Hotspur at the weekend, and should have won the game, but a complete cock-up from Ben Foster and Kiko Femenia gifted Dele Alli an equaliser. Amateur hour.

If you’re here to read about Divock Origi supposedly getting fouled in the lead up to Manchester United‘s goal against Liverpool, then I’ve got news for you: I really couldn’t care less about it. I’m just here for the scenes that followed that Alli goal, which was reviewed by the VAR, who informed the referee to give the goal, but the screens all said ‘NO GOAL’.

Confusion reigned and it was probably the most VAR thing to have happened this season.

Chris Kavanagh and VAR have everyone confused at the Tottenham Hotspur Stadium as Dele Alli equalizes for the hosts…eventually! 🙄 pic.twitter.com/199C33w7ia

You had one job, big screen. One job!

Two donkeys for the price of one this week. First one goes to Sheffield United‘s Oli McBurnie, who was charged with drink driving this week. In the aftermath of what happened with four Derby County players in the very recent past, this looks even more idiotic than it already would’ve been.

Second one goes to the despicable Man United fans who could be heard singing “The Sun was right, you’re murderers,” referencing the front page story the tabloid ran with in the aftermath of the Hillsborough disaster, blaming Liverpool supporters for what happened.

Listen to the Man United fans singing “The sun was right, you’re murderers.”

Not just a few idiots either, that’s thousands singing. This is absolutely disgusting. pic.twitter.com/LD9buznrYP

The chant was loud enough to be heard on television, so we’re not talking about a few rogue supporters here or there; we’re talking about potentially thousands of people chanting this. Whatever the rivalry, and whatever about Liverpool fans who have sang about the Munich air disaster in the past, there is literally no excuse for this kind of behaviour.

Read: Once again, Liverpool prove they are the kings of the late goal