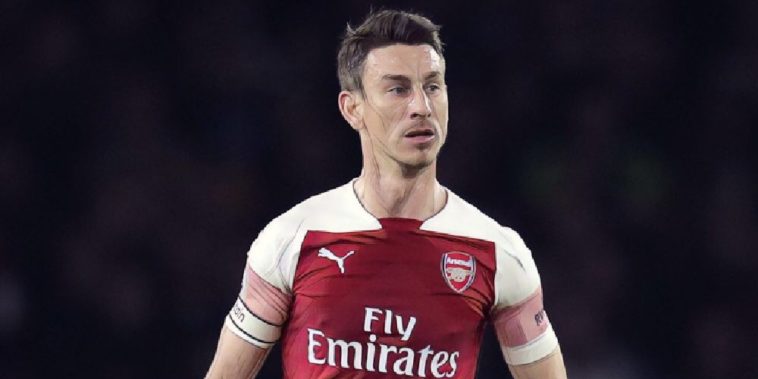 Arsenal boss Unai Emery has discussed captain Laurent Koscielny’s future at the Emirates, with the defender having requested to leave the club.

Koscielny refused to join up with the rest of the squad for their pre-season tour of the US, with the 33-year-old keen on a return to his native France with the likes of Rennes and Bordeaux interested.

Emery says the club are in discussions with the player as they seek a resolution and has hinted Arsenal may delve into the market for a replacement before the window closes on August 8.

“He’s a very important player for us,” Emery told the media following Arsenal’s 1-1 draw with Angers.

“With respect it’s better for us, it’s better for the team, and it’s changing our idea with the centre back, because if he is here with us this season, it’s very different than if he isn’t with us. At the moment it’s a very personal decision, and we are respecting that.

“I am speaking with him and we are going to find the best solution, but overall we need a player like him. We want to be strong in our defensive line, working with the players we have now. We are speaking about the centre backs, but we have a lot of centre backs, we have good centre backs, and if we can sign one more centre back, it is because he is clearly better than we have. Because at the moment we have six.

“We are in different positions with some players because Mavropanos has his injury and we are continuing to see that situation. We have until August 8, and we need to speak over these few days about how we can be, and how we can close our squad.”

The Arsenal boss says he has not given up hope that Koscielny will remain in North London, though says he will ‘respect’ the Frenchman’s decision if he leaves the club this summer.

“Now it is between the club and him. I fight to convince him, but I respect his decision, a very personal decision, and that situation can only manage with one argument.

“I haven’t lost my hope that he will be with us next year. But at the moment his decision is to leave and we are also thinking if we can improve with other players and how we can help with him.”