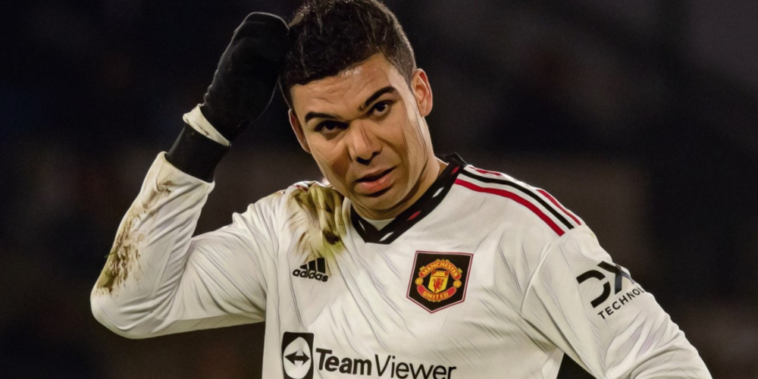 Liverpool’s midfield malaise has been a regularly discussed topic this season, with an engine room that once symbolised Jurgen Klopp’s intensity and heavy-metal football having become rather more pedestrian and pop.

Jordan Henderson is enduring a torrid patch that might spell the end of his time as a first-team fixture, while Fabinho’s form has fallen off a cliff in one of the mysteries of the season. Klopp tweaked his team as Liverpool returned to winning ways in the FA Cup at Wolves in midweek, opting for the energy of Naby Keita and Stefan Bajcetic alongside Thiago.

Bajcetic produced a man-of-the-match performance at Molineux in an encouraging performance from the teenager, who showed a confidence and composure that has been lacking in a lethargic Liverpool midfield this season.

Keita – a footballer whose career with the club has been one of frustration – was also impressive, bringing drive to the side and making runs beyond the front three.

It would be a brave call for Klopp to go with this largely untried trio as Chelsea visit Anfield this weekend, but the performances of the established names have done little to warrant selection. After the sombre mood that followed the disaster at Brighton, Liverpool could be lifted with a new-look midfield.

All eyes on Mudryk at Anfield

Chelsea have been the big spenders of the transfer window once again as the Blues’ bonanza has continued with five new additions and counting this month.

The biggest deal has been the capture of Mykhailo Mudryk, who seemed destined for Arsenal before Chelsea swooped in to snatch the Shakhtar Donetsk starlet from under the noses of their London rivals.

“He’s a young player with a big future,” Graham Potter said on Mudryk. “He’s exciting 1v1, direct, attacks the backline, can go in wide areas but also affects the goal. I think our supporters will really like him.”

Mudryk is an excitement machine and impressed in the Champions League this season, with his explosive pace and direct football shining during the group stage.

He will be relishing the chance to test himself in the Premier League, as Chelsea travel to Liverpool on Saturday lunchtime. It could prove a difficult afternoon’s work for Trent Alexander-Arnold if the 22-year-old debuts, with Mudryk a similar profile of player to those who have troubled the Liverpool right-back this season.

Brendan Rodgers was honest in his assessment following Leicester’s loss at Nottingham Forest, forecasting a difficult second half to the season for his sinking side.

It’s four consecutive league losses since the restart for Leicester, for who the World Cup break came at the worst possible time and halted their brief momentum.

“Absolutely, let’s not pretend we’re not,” Rodgers said when asked if his side were in relegation trouble. “This is a long season. I have to be honest, if you look at our form and where we are then of course it is a worry.”

🗣 "I think just strengthening the squad overall is very important."

Brendan Rodgers highlights his interests in bringing players in to strengthen the squad pic.twitter.com/a60pClpHur

There’s a myriad of factors behind Leicester’s woes. Injuries and a hopeless over-reliance on James Maddison has meant the Foxes have felt the full force of the midfielder’s recent absence, while the decline of Jamie Vardy has been faster than expected. This, however, is a squad that should be performing better.

Leicester face Brighton this weekend, the side who have perhaps replaced the Foxes as the template for clubs looking to challenge the established order. Rodgers has a sizeable task on his hands and must prove his coaching credentials include rallying the troops for a dogfight.

West Ham and Everton meet in the Premier League this weekend, as two under-fire managers face their former clubs in a fixture neither can afford to lose. Each are mired in the Premier League’s relegation places and the atmosphere around both clubs is one of unrest, with the loser potentially facing the sack.

West Ham are keen to provide David Moyes with patience after the success of recent seasons, but it’s becoming difficult to ignore a seven-game winless run that has seen the Hammers drop into the relegation places.

Pre-season expectations were to challenge for the top six once again, but the club have gone backwards despite a £160m summer spend. West Ham have struggled to create and take chances and have lost some of the principles that made them successful. No side has underperformed more in terms of xG (+8.79) than the Hammers this season, who will hope Danny Ings can prove the solution to their problems after a £12m deal was agreed with Aston Villa.

Everton – who were also interested in signing Ings – are also searching for a reliable goalscorer and have approached Villarreal over Arnaut Danjuma. Both deals seem sensible, but time is running out for both managers to turn their fortunes around. This weekend’s game shapes as a huge one.

Manchester City remain alive in the Premier League title race after a comeback win against Tottenham, but Pep Guardiola was far from happy with the performance of his side at the Etihad.

“We are far, far away from being able to compete at the highest level,” he said. “[We lacked] guts, passion, fire, desire to win from minute one. The same with the City fans, they are silent for 45 minutes. I want my fans back.”

🗣 Pep Guardiola was not happy with his Manchester City players – or the club’s fans – despite his side’s comeback win against Tottenham at the Etihad. pic.twitter.com/wHLt71gG5x

Guardiola claimed he has not recognised his side in recent performances and warned City that the club will not be able to catch Arsenal in the title race without immediate improvement. While the table-topping Gunners appear a well-oiled machine at present, City have stuttered and stalled since the turn of the new year.

The champions host Wolves this weekend and have the chance to up the pressure on Arsenal, who face Manchester United in a significant showdown. It is a chance that City must not waste as Guardiola’s side – rarely the chasers in recent seasons – look to test the nerve of an inexperienced Arsenal side.

Ivan Toney is facing an uncertain future at present as the Football Association investigate the forward’s alleged gambling breaches. Toney has been charged with 262 alleged offences over a four-year period and could face a lengthy suspension if found guilty.

Despite that distraction, Toney’s performances have not been impacted. The 26-year-old has had a fine season and extended his recent record to five goals in his last four appearances against Bournemouth last weekend. It’s now 13 for the season for Toney, already one more than his total (12) from last season. Only Erling Haaland and Harry Kane have scored more.

33 – Ivan Toney has been directly involved in 33 goals in 50 Premier League appearances for Brentford (25 goals, 8 assists), the most by an English player in their first 50 PL games for team since Daniel Sturridge for Liverpool from 2013-2015 (44). Return. pic.twitter.com/ByI4k2ODsl

In ordinary circumstances, there would be a queue of clubs looking to prise Toney from west London. Goals are the hardest currency to come by in the Premier League and Toney has proven himself as a regular provider at the top level. The threat of suspension has meant admirers have held off on making a move, allowing Brentford to reap the benefits – at least in the short term – of their prized possession.

The Bees are unbeaten in seven games and have won three consecutive Premier League fixtures for the first time this season. It is form that has carried Thomas Frank’s side to eighth, above both Liverpool and Chelsea.

As Robert Jones brandished the yellow card, the feeling of frustration was palpable in the away end. Casemiro’s crude challenge on Wilfried Zaha left the official with no choice, with a yellow card perhaps a lenient take on the Brazilian’s reckless tackle.

It was a moment of madness from Casemiro that means the midfielder will be suspended this weekend, as Manchester United travel to face Arsenal at the Emirates. In one of the biggest clashes between the sides since their regular duels as title opponents, he represents a massive miss for Erik ten Hag and his side.

Casemiro has been a pivotal part of the improvement of the Red Devils this season, adding presence to a midfield which has long been criticised. Given the outstanding form of Martin Odegaard in an advanced role for Arsenal, Ten Hag’s task will be to find a method to stop the Gunners captain without his most trusted lieutenant.

United will take heart from their win over Arsenal without Casemiro earlier his season, but the north Londoners appear a different beast at this stage of the season. There’s genuine confidence that Arsenal can be crowned champions this season and this weekend will be the latest examination of their championship credentials.

Conte can no longer deflect blame

It’s been one of the most repetitive and tedious narratives of the season, the ‘will he, won’t he’ saga surrounding Antonio Conte’s future at Tottenham. The Italian has remained non-committal on his future beyond the end of the season, regularly regurgitating how Spurs cannot challenge the division’s top teams without major investment and time.

Both of those factors play their part in Premier League success, but is it time Conte looked a little closer to home? Spurs have lost six of their last ten league games and have rolled over in successive fixtures against Arsenal and Manchester City. Outclassed on home soil against their fiercest rivals last weekend, Spurs proceeded to blow a two-goal half-time lead against City in midweek. In seven games against the Premier League’s ‘Big Six’ clubs and Newcastle this season, Spurs have taken just one point. It’s all a little ‘Spursy’.

Antonio Conte responding to questions about whether Harry Kane is becoming 'frustrated' at Tottenham. pic.twitter.com/rTdsHbQRud

Conte was brought in as a proven winner and with the mentality to organise his team and make them tough to beat. Spurs have conceded 31 goals this season, more than two of the teams currently sat in the Premier League’s relegation places.

His arguments over a need for more money and time wear thin when considering that Spurs spent £172m on new recruits that included five defenders and a holding midfielder last summer. Only Cristian Romero – on loan last season – has been a qualified success, while the club’s big-money addition, Richarlison, has failed to score a league goal since his £60m arrival from Everton.