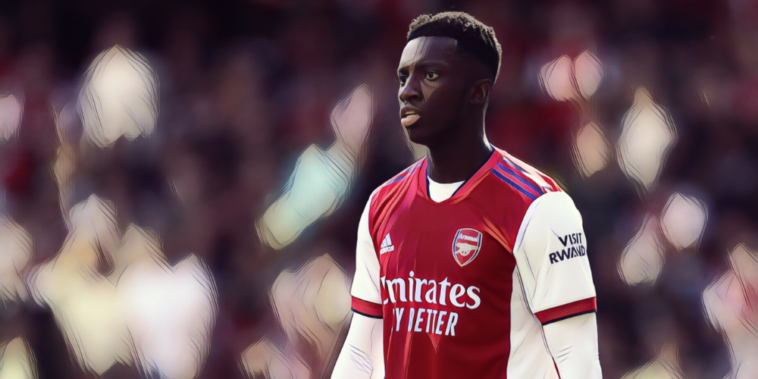 Eddie Nketiah has turned down Arsenal’s latest contract offer with the forward set to leave the club at the end of the season.

Nketiah has entered the final months of his deal at the Emirates and will be free to negotiate a pre-contract agreement with foreign sides from January, with the 22-year-old believed to be keen on an exit after struggling for first-team football under Mikel Arteta.

Sky Sports are reporting that Nketiah has rejected the Gunners’ latest offer, his decision believed to be motivated by a desire to secure more regular opportunities.

Nketiah is the all-time leading scorer for England’s u21 side after scoring 16 goals in just 17 appearances for The Young Lions, but he has struggled to convince Arteta and has failed to make a Premier League appearance so far this season.

The forward has netted twice in two League Cup outings for the north Londoners and looks set to leave the club in search of increased minutes.

Borussia Monchengladbach, Crystal Palace and Leeds have been linked with his signing, the latter having signed Nketiah on loan during the 2019/20 season with the youngster scoring three goals in 17 Championship appearances.