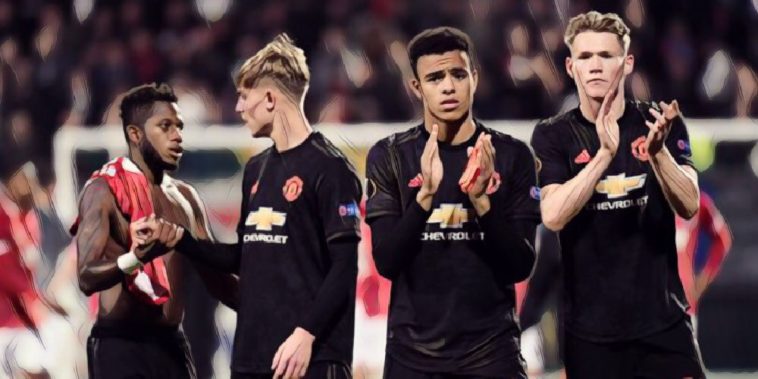 Manchester United‘s disappointing start to the new season continued in the Europa League in midweek, failing to register a single shot on target as a heavily rotated side were held to a goalless stalemate in The Hague.

Dutch legend Van Basten has hammered the performance and attitude of Solskjaer’s side, as well as the Norwegian’s decision to field a weakened team, believing the club ‘look down’ on Europa League fixtures, adding that United can no longer be considered amongst Europe’s elite following their recent decline.

“What have United done so far? They beat Astana 1-0! They are 10th in the English Premier League and they are playing a kind of football which you really don’t want to write home about,” Van Basten said on Dutch TV, as reported by The Mirror.

“If I were them, I would travel around with a lot less acting.

Ole Gunnar Solskjaer was pleased with Manchester United's performance as they drew 0-0 at AZ Alkmaar in the Europa League without recording a shot on target: https://t.co/0zgkhapAY5 pic.twitter.com/v4uMU237Dt

“Man United are a really big club – but I am only talking about lots and lots of money. They just look down on games in the Europa League and it is very regrettable.

“If I was at AZ Alkmaar, their opponent, I’d have been very annoyed – and I would have been incredibly motivated to show how annoyed I was.”

Van Basten also blasted United following their complaints regarding AZ’s artificial pitch, believing the club should concentrate on football instead of finding excuses for their latest below-par showing.

“These United players are very well-paid professionals. So are they saying they should not be playing on an artificial pitch? Please, get lost. Stop talking about these spoilt boys,” he added.

“These are players who are paid an awful lot of money and supposed to be so professional.

“They shouldn’t be moaning about an artificial pitch. If you allow them to moan, you are just creating a load of whingers.”