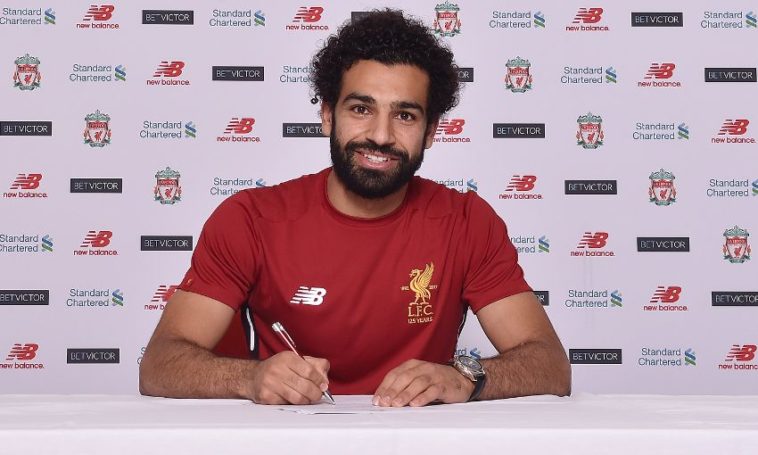 Liverpool have officially announced the signing of Mohamed Salah from Roma for an undisclosed fee.

Mohamed Salah becomes Liverpool’s first major signing of the summer in what is expected to be a busy period for the Reds. It is believed the fee is around £35m according to Sky Sports.

Salah will wear the number 11 shirt for Liverpool with the current number 11, Roberto Firmino, expected to switch to 9.

The Egyptian winger was one of the stars of Serie A last season. He managed an impressive 15 goals and 13 assists in 31 league appearances. Despite that, critics will point to his lacklustre form last time he was in the Premier League with Chelsea. However Salah has clearly done enough to prove to Klopp that he can improve on his performances in the Premier League from the 2013/14 season.

It is expected that Salah will go straight in to the starting XI with Coutinho moving to central midfield. This means that Liverpool will most likely line-up with Salah, Firmino and Mané as their front three next season.

It had been a long drawn out negotiation between Liverpool and Roma but they finally came to an agreement in what will be a key signing for Klopp. Having secured a new winger for his squad Klopp will now move on to other key positions.

Liverpool are still expected to sign a centre back, a central midfielder and at least one left back this summer as they look to improve the strength in depth for the Champions League. There is also the possibility of a new striker amidst a large array of outgoings expected.