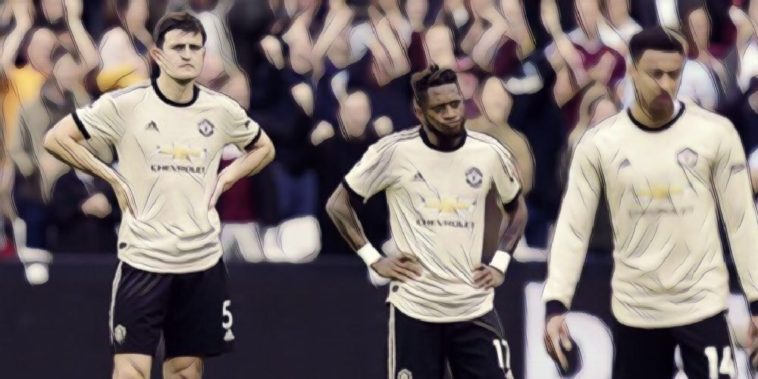 Ole Gunnar Solskjaer has admitted that his Manchester United side was lacking in quality after seeing them comfortably beaten by West Ham.

In a game that was played at a pace that would best be described as pedestrian, it would be West Ham who would produce the two real moments of quality, in a tie that was sorely lacking it for the most part.

Andriy Yarmolenko opened the scoring late in the first half, capitalising on some static and lethargic Manchester United defending, before Aaron Cresswell’s inch-perfect free-kick in the 84th minute capped off yet another a miserable afternoon for the visitors.

Speaking after the game, United boss Solskjaer admitted that the dressing room felt ‘flat’ after a game they ‘could have won’.

“You are always disappointed when you lose games, and today is a game that we could have won,” Solskjaer told the BBC.

“Travelling home tonight, we’ll go through the game again, but at the moment, everyone is very flat.”

Marcus Rashford did not have a shot during his 60 minutes on the pitch vs. West Ham.

The injury is as worrying as the performance. ? pic.twitter.com/SeOrrWRAXj

The Norwegian admitted his side were lacking in quality in front of goal, with Harry Maguire and Juan Mata guilty of missing close-range chances.

“Key moments went against us. They did some great finishes with the two goals that they scored, and we just didn’t have that quality when we had those big moments, and sometimes in the Premier League, if you don’t take them, you won’t get any points.

“There were moments for us, moments for them, and it’s just tipped in their favour and we’ve got to accept that.

“In the first half, we didn’t squeeze as a team, because there were moments when we went forward, we weren’t compact enough [in our] attacking, and it became a there and back game, which sometimes suits us, but today it didn’t.”

“I’ve said it many times, there will be highs and lows – today was a low. We’ve had some highs along the way and today we have to accept no points and look forward to next week.”