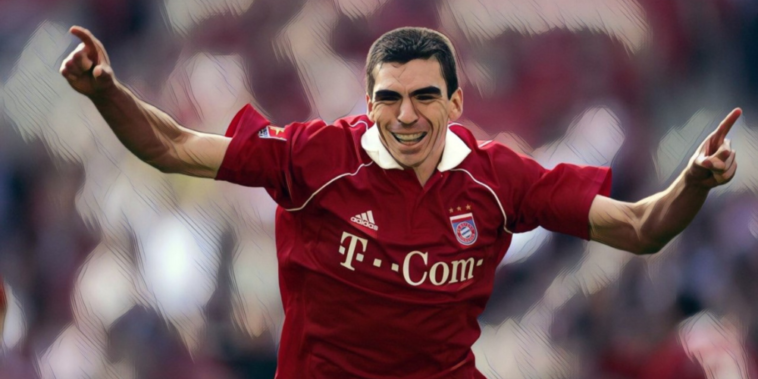 Brazilian football has long been celebrated for its unique style, one which encourages expressionism and excitement. The essence of football in Brazil is flair, with the sport at the very soul of the nation.

Fans from across the world have been awe-struck at the Selecao’s most famous Samba stars, footballers who produce moments of intoxicating invention.

To find balance in any team however, there must be those more willing to engage in the less glamorous side of the game. For over a decade, the backbone of the Brazil side was Lucio.

Disciplined, determined and with an admirable work-rate, the characteristics of Lucio’s game could be more closely associated with German football. It is perhaps fitting then, that the centre-back rose to real prominence in the Bundesliga.

Bayer Leverkusen were the side who handed Lucio his chance in European football, after agreeing a deal to sign the highly-rated defender in January 2001. He had emerged at Internacional, where a run of impressive performances saw him named in the 2000 Campeonato Brasileiro Série A Team of the Year.

Interest arrived from Europe and Lucio signed for a Leverkusen side with ambitions of winning a first top-flight crown. Three times in the past five seasons Leverkusen had finished as runners-up in Germany and in Lucio’s first full season, Klaus Toppmöller’s side dared to dream.

Happy birthday Lucio 🇧🇷🥳. Let's celebrate with this incredible run and finish for @Bayer04_EN in the #Bundesliga in April 2001! pic.twitter.com/HrBCMrLSrF

As the season approached its conclusion, Leverkusen were not just on course for the title, but an unprecedented treble. Die Werkself led the title race by five points with just three games remaining, had reached the DFB-Pokal final and were through to the Champions League equivalent after a memorable run in Europe.

Lucio had been a cornerstone of their success, Leverkusen’s linchpin in the backline. Commanding in his centre-back role, he scored the crucial late winner as Liverpool were beaten in the quarter-finals. After navigating a semi-final with Manchester United, Leverkusen booked a date with destiny against Real Madrid in Glasgow.

By the time that European final arrived, Leverkusen’s season had cruelly unraveled. Wilting under the pressure, two defeats from their final three league games had allowed Borussia Dortmund to steal the title. Defeat in both cups finals followed, as a majestic swing of Zinedine Zidane’s boot saw Champions League success slip away. Lucio’s equaliser at Hampden Park proved little consolation as Leverkusen’s treble dream turned into a nightmare.

Bayer, so often the bridesmaid in major competitions, had collapsed across an 11-day period and weight was added to their unwanted mocking moniker; Bayer Neverkusen.

Fortunately for the defender, the World Cup provided the ultimate chance to make amends. There is nothing quite like football’s biggest event for Brazilians, with selection in the Selecao the ultimate honour.

In Japan and South Korea, Brazil were crowned world champions for a fifth time. While far from outsiders, Brazil were not considered favourites after a testing qualification campaign, but the brilliance of the Three Rs – Ronaldo, Rivaldo and Ronaldinho – saw the South Americans succeed in the Far East.

Lucio provided a general-like presence in Brazil’s back three, with his performances – a mistake against England aside – largely imperious. He was one of just three players, alongside captain Cafu and goalkeeper Marcos – to feature in every second of the campaign.

At club level, he spent two further seasons with Leverkusen before following the well-trodden path from Bayer to Bayern. Michael Ballack and Ze Roberto had already made moves to Munich, as the Bundesliga’s behemoth helped break up their talented challengers.

In Munich, Lucio racked up the honours that had so far eluded his club career. He won the Bundesliga title in his first campaign at Bayern, and again in his second. Each came alongside the DFB-Pokal, as the Bavarians claimed back-to-back domestic doubles.

In each season Lucio was named in the Bundesliga’s best XI, arguably the best defender in the division at his peak. His willingness to stride forward from defence earned him the nickname O Cavalo (The Horse) in tribute to the long-legged bursts from the backline that became a familiar feature of his game.

A third double arrived in 2007/08, before Lucio moved on to Italy in search of a new challenge in 2009. After 218 appearances for Bayern, he signed for an Inter Milan beginning to build momentum under Jose Mourinho.

Champions in each of the past four campaigns, I Nerazzurri had struggled to make an impression in Europe with three consecutive last-16 exits. A brilliant summer transfer window changed that narrative.

Lucio arrived to form part of a formidable South American spine at the San Siro. Julio Cesar guarded the goal, with Lucio and Walter Samuel a defensive duo that protected the penalty box at all costs. Esteban Cambiasso and Javier Zanetti added grit in midfield, while Diego Milito led the line. Add in the star-dust of signings in Samuel Eto’o and Wesley Sneijder and Inter were a team to fear.

Their campaign could hardly have been more perfect. The Scudetto was retained ahead of Roma, with Lucio the leader of the division’s most miserly defence. The capital club were also the runners-up as Inter secured the Coppa Italia to complete a domestic double.

In Europe, Inter showed progress. Chelsea and CSKA Moscow were eliminated in the knockout rounds to set up a semi-final showdown with holders Barcelona. A clinic of counter-attacking football saw Inter earn a first-leg lead, before a defensive masterclass from Mourinho’s men – who were forced to play for more than an hour with 10 men after Thiago Motta’s red card – booked a first European Cup final since 1972.

Lucio was at the centre of their Camp Nou success, marshalling his troops on enemy soil. So often in the right place at the right time, he barked orders and ensured threatening attacks were funnelled towards safer grounds. In the final he faced former side Bayern, with Milito’s brace crowning Inter Milan champions of Europe for the first time in 45 years. No Italian side, before or since, has matched the achievement of a continental treble.

His performances were recognised with inclusion in the FIFA FIFPro World XI of 2010, alongside teammates Maicon and Sneijder.

Having been named captain of the national side following their 2006 World Cup exit, he then led the side to the 2010 tournament in South Africa. Lucio had powered home a late headed winner as Brazil won the Confederations Cup the previous summer, having also captained the Selecao to Copa America success in 2007.

His hopes of a second success on the world stage ended in the quarter-final however, as two goals from club teammate Sneijder saw the Netherlands come from behind to end Brazil’s campaign. Lucio remained a part of the plans post-South Africa, but made the last of his 105 appearances for the national side in September 2011. Just five players have ever adorned the Brazil shirt on more occasions.

Lucio’s club career wound down with spells back in Brazil, at São Paulo and Palmeiras, and in the Indian Super League, following an unsuccessful and short spell at Juventus after leaving Inter.

And so departed one of Brazil’s great centre-backs, the sun setting on a career that had contained so much.

An uncompromising defender with a desire to get forward, he was both unpredictable and elegant, daring and determined. The sight of Lucio nonchalantly side-stepping challenges on marauding runs forward became familiar, a flag-bearer for centre-backs with the class to change games further forward.