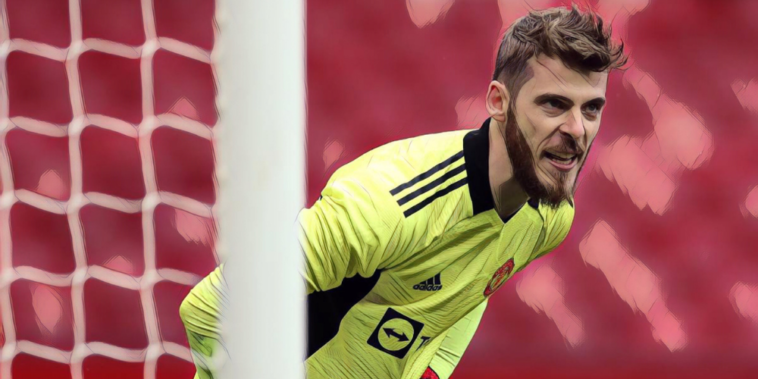 David De Gea insists he is ‘high in confidence’ as he prepares to battle Dean Henderson for the number one position at Manchester United.

De Gea is celebrating a decade with the Red Devils this summer and has made 441 appearances since his arrival from Atletico Madrid in 2011, though the goalkeeper found his position under threat last season following the return of Henderson from an impressive loan at Sheffield United.

The Spaniard lost his place to Henderson over the second half of last season as the latter staked his claim to be number one, but De Gea insists he is ready for the challenge once again this term and believes he still has ‘a lot of years’ ahead of him at Old Trafford.

“It’s been a lot of years at the club and a great source of pride for me to have been able to play for a club like Manchester United for so many seasons now,” De Gea told the club’s official website.

“But you have to live in the present, I think I still have a lot of years ahead of me at the club, I’m excited about that, feeling strong and I’m very keen to do well.

“I feel great in myself, high in confidence and I think it should be – and has to be – an important season for all of us.”

De Gea recalled his first appearance for the club after being handed his debut in a Community Shield win over Manchester City at Wembley, as the Red Devils fought back from two goals down to stage a late fightback and secure the trophy.

“I remember that I arrived here as a kid of 20 and went straight into the United goal in a ‘Super Cup’ final at Wembley,” he said. “It was a very special moment.

“But I recall we went two-nil down in the first half and then the gaffer made the three changes and in the second period we came back, with that amazing goal from Nani right at the end.

“Our fans there were incredible. It was an unforgettable moment, and we were fortunate enough to win and start the season off on the right foot, so yes, it was a great occasion.”