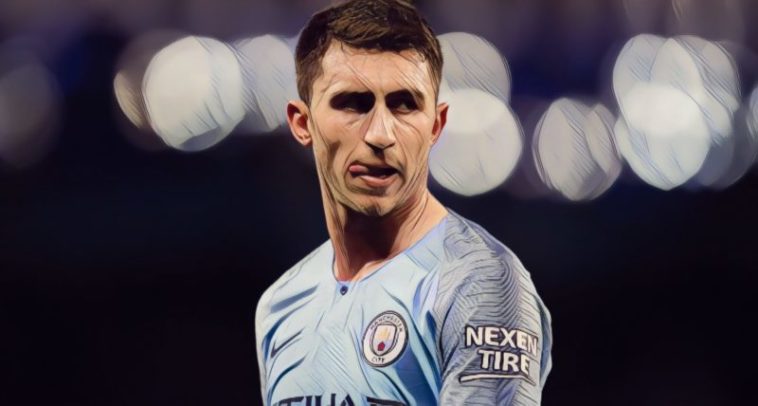 Kevin De Bruyne admits the return of Aymeric Laporte gives confidence to Manchester City as the Premier League champions eased to a 2-0 win over West Ham on Wednesday night.

Following a difficult week for the club with the news of their European ban for breaching Financial Fair Play regulations, City returned to winning ways with a comfortable victory over the struggling Hammers, Rodri opening the scoring for the hosts at the Etihad before De Bruyne sealed the victory with his eighth league goal of the season.

The clash had been rearranged following an original postponement due to adverse weather conditions created by Storm Ciara, though Pep Guardiola’s side were rarely troubled by the visitors who failed to register a single shot on target, despite De Bruyne admitting there were signs of rustiness as City returned to action after the mid-season break.

“It was OK. I think we saw its been three weeks without football and we felt a little bit of rustiness but we played a good game,” De Bruyne told Sky Sports.

Central defender Laporte returned for what was just his sixth league start of the campaign, and De Bruyne admits the Frenchman’s improves City as they secured just a third clean sheet in their past nine Premier League fixtures.

Speaking on the importance of Laporte, De Bruyne added: “With the ball he’s very confident and gives us options and he’s been doing this for years. He helped us win a lot of titles and is doing really well.

”I know when you’re injured so long it takes time, but the way he performed today will give him confidence and give the team confidence.”

The win leaves City second in the Premier League and four points clear of Leicester, ahead of their meeting with Brendan Rodgers’s side at the King Power Stadium on Saturday evening.

West Ham remain in the relegation places as their miserable run of form continued, the club desperately seeking points ahead of Monday night’s visit to league leaders Liverpool.