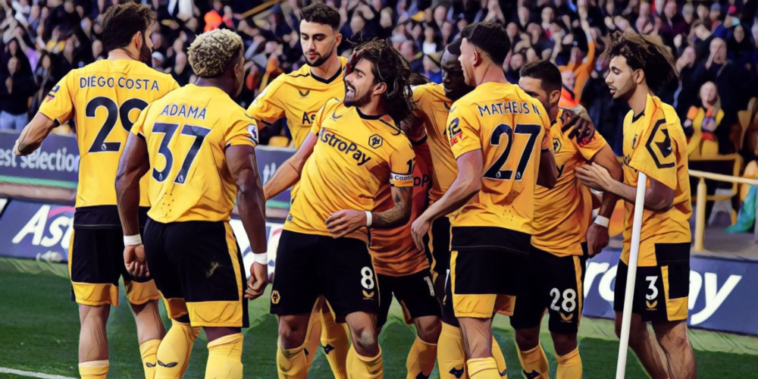 Wolves’ interim head coach Steve Davis has admitted that Nottingham Forest’s ill-fated taunt of his side gave his team ‘an edge’ during the club’s 1-0 win at Molineux this weekend.

Wolves earned a much-needed three points as Ruben Neves’ penalty decided an all-Midlands match-up, one that was given added spice by a rather unnecessary taunt from Forest’s social media admin.

Ahead of the clash, Forest posted a graphic created of forward Emmanuel Dennis playing with a group of wolf clubs on the Molineux pitch, along with the caption ‘Playtime’. It was hastily removed, but not before it had made its way into the Wolves’ players’ group chat.

The Athletic are reporting that there has since been an inquest at Forest, with a senior figure having demanded the post’s removal ahead of a huge clash between two teams struggling near the bottom of the Premier League.

How it started. How it ended. pic.twitter.com/iuw3al5yfo

After Wolves’ 1-0 win, the club posted their own mocking retort – featuring an axe placed in a tree trunk – and Davis admitted the gaffe from Forest was added fuel for his side.

“We were aware of it. We were going to use it in the talk but I spoke to Ruben and he’d already put it on the players’ chat, so I didn’t really need to say any more.

“If you can’t get motivated as a professional player then you shouldn’t be doing it, but that gave us an edge. That’s part of the game. Those sorts of things used to happen on the pitch, but they don’t do it so much now as social media has taken over.”